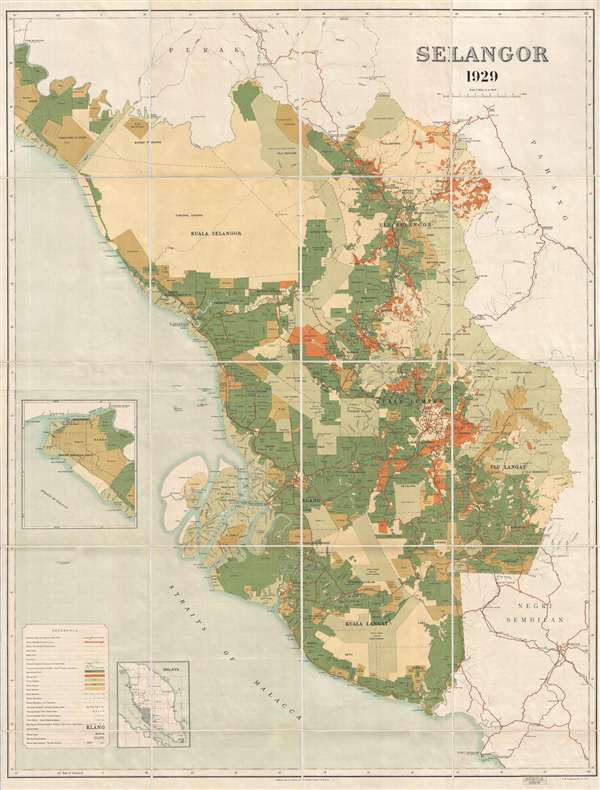 An exceptional 1929 wall map of the Malay state of Selangor, including Malaysia's vibrant capital Kuala Lumpur. This map was issued by the Federated Malay States (F. M S.) Survey and printed in London by Edward Stanford. Being of enormous size, this map describes the state in incredible detail. The focus of the map appears to be land development. Forest Reserves, Games Reserves, and commercial estates are identified throughout. It also reveals development along railroads, major roadways, and important navigable rivers.

Today Selangor is a state on the west coast of Peninsular Malaysia, encircling the sprawling capital city of Kuala Lumpur. Selangor is the most developed and densely populated Malaysian state. In addition to its economic prosperity, Selangor is known for the Batu Caves, shown here just north of Kuala Lumpur, one of the most popular Hindu pilgrimage sites outside of India.

This map rarely appears on the market. The OCLC identifies only 3 institutional holdings.