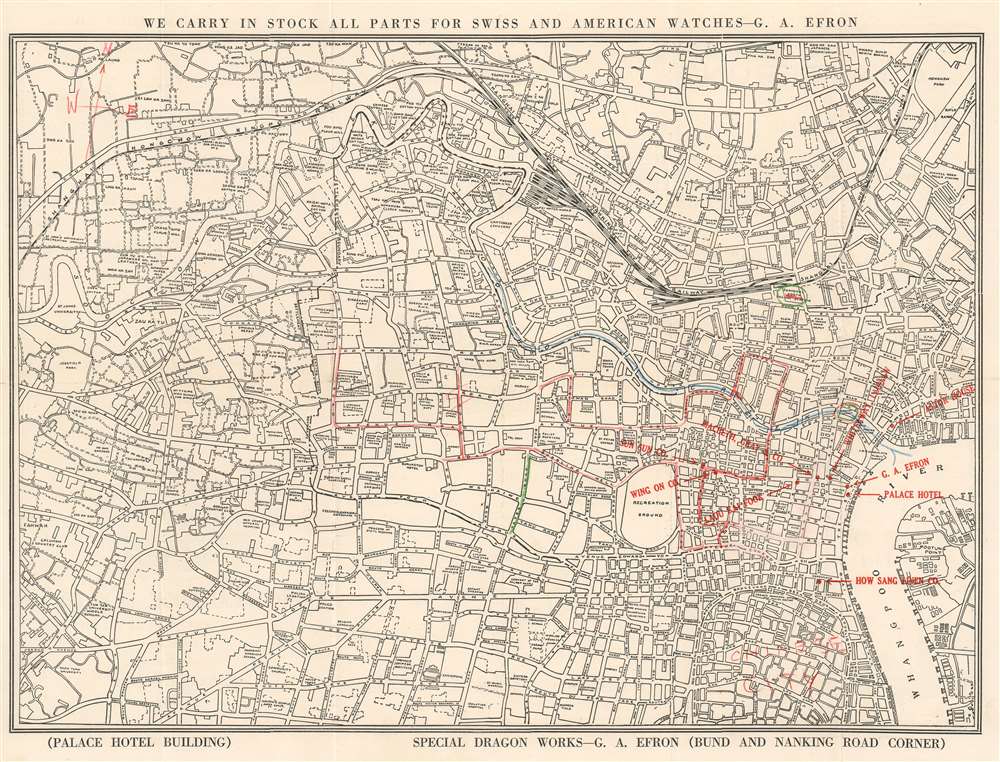 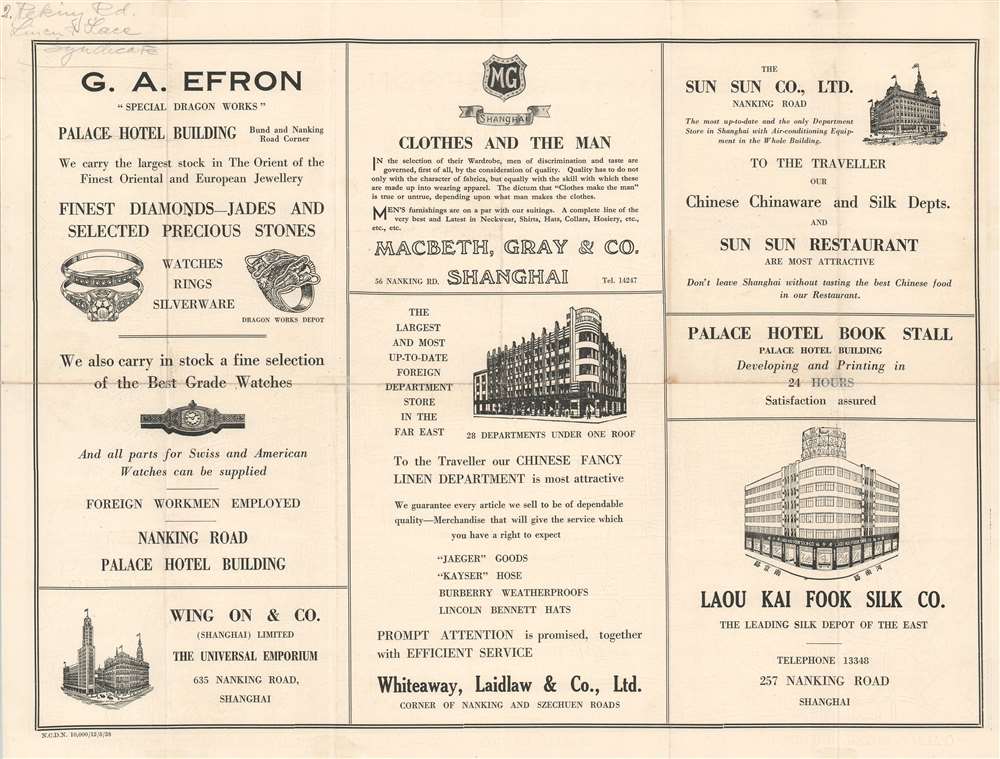 Published during the Japanese occupation by a stateless Russian Jew.
$450.00

This is a 1938 George A. Efron city plan or map of Shanghai, China. A piece created for English-speaking tourists, red overprinting highlights several department stores and other important tourist locations around the city, including G. A. Efron (jeweler), Astor House, the Palace Hotel, and Macbeth, Gray, and Company. Throughout the city, streets are labeled in English, along with theaters, police stations, clubs, consulates, markets, and schools.

Intriguingly, this map bears mostly incomprehensible manuscript notations, although the note marking the Chinese City is legible and understandable. Our initial inclination was that these followed the meanderings of a tourist. However, this hypothesis seems unlikely since Shanghai had been the epicenter of a brutal three-month-long battle between the Chinese and the Japanese in 1937, and, in 1938, Shanghai was under Japanese occupation. However, the French concession and the International Settlement maintained a modicum of independence. However, the markings do not restrict themselves to those two parts of the city. Perhaps, although this is pure speculation, they trace 'safe' routes and places in the city for international residents. Given the use of a blue pencil to trace the Soochow Creek, this hypothesis also seems incredibly unlikely. Unfortunately, the true nature of these notations has been lost to history.

This map was created and published by George A. Efron, a stateless Russian-Jewish jeweler, in 1938. An example is part of the collection at the National Library of Australia. There is an empty reference for this map in the OCLC, suggesting that it was formerly cataloged by a member institution that has since withdrawn from the cooperative.

George A. Efron (1899 - 19??) was a stateless Russian-Jewish businessman active in active in Shanghai during the mid-20th century. Efron was born in Vilna, Russia. He lived in 704 Embankment Building, Shanghai. He owned a jewelry shop, 'Special Dragon Works' at M-126 Minghong Road, and in 1948, was arrested for accepting U.S. dollars in his shop. Passenger rolls register him as arriving in in New York on April 28, 1949. A person of this name appears in New York directories from about 1959 - it is unclear if they are one and the same. Learn More...