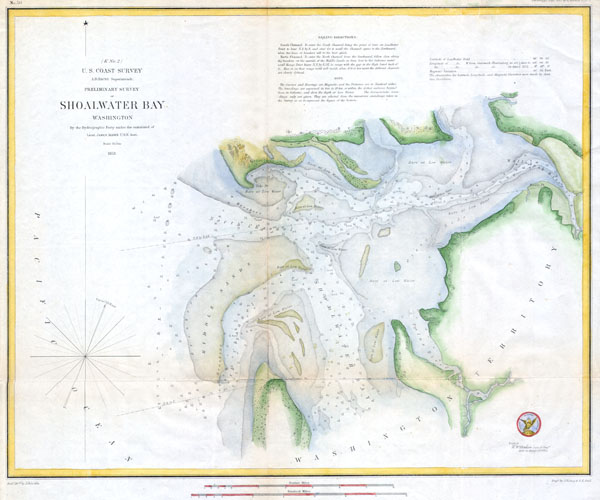 A rare hand colored 1853 costal chart of Shoalwater Bay, Washington. Includes impressive detail regarding oyster beds, banks, sand bars, and depth soundings. Hydrography by James Alden. Published under the supervision of A. D. Bache for the 1853 Report of the Superintendant of the U.S. Coast Survey.