1836 Malte-brun Map of Russia in Asia and Siberia 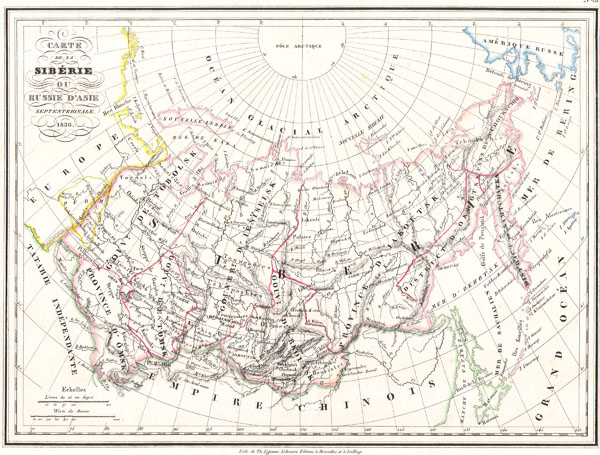 1836 Malte-brun Map of Russia in Asia and Siberia

This unusual 1836 map by V. A. Malte-brun depicts Russia in Asia or Siberia. Depicts from the Ural mountains east as far as the Bering Strait and Alaska and as far south as the Chinese Empire. All text in French.