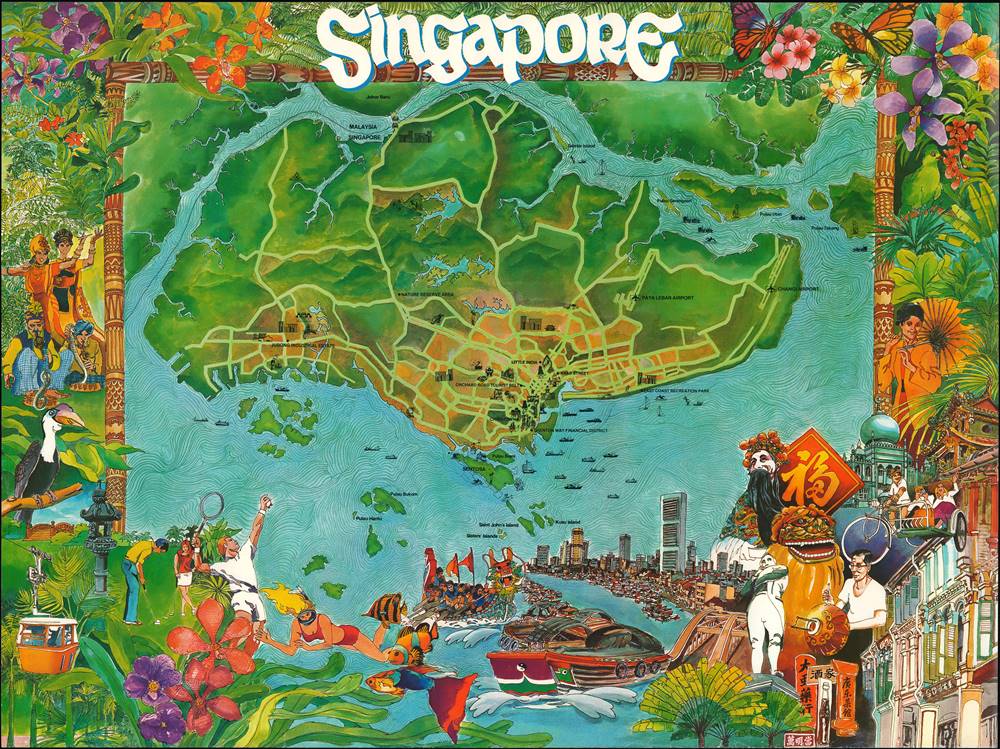 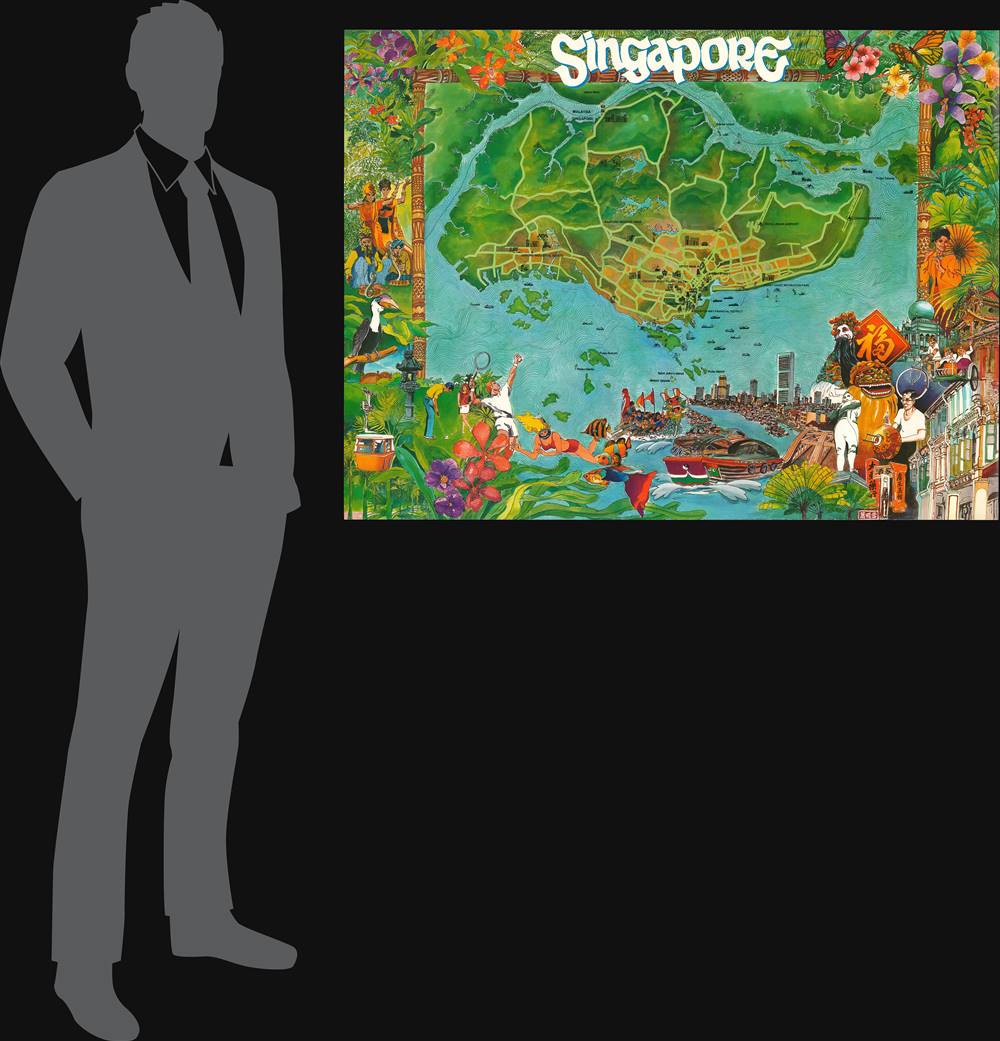 This is a c. 1982 map of Singapore made by the Singapore Tourist Promotion Board. It dates from the height of Singapore's economic transformation and highlights the city-state's developing tourist industry.

Singapore amid an Economic Miracle

This map captures Singapore in the midst of a transition from a poor, nascent country surrounded by hostile powers and riven by ethnic strife into a wealthy, modern economic powerhouse, or, from third world to first, to borrow a phrase from Lee Kuan Yew, Singapore's Prime Minister throughout this era and arguably the architect of this transition. Three points on the map worth mentioning are the Jurong Industrial Estate, a then-recent major state-backed project, and the airports Paya Lebar and Changi; Paya Lebar had just been turned over to the military as Changi became operational in 1981-1982.

Singapore's economic miracle benefitted from a strong foundation of a population steeped in commercial activity and connected to a trading network running throughout the British Empire. The country also occupies an extremely advantageous strategic position. Still, the transformation of Singapore's economy between 1960 and the 1980s was remarkable, as Lee and his associates in the People's Action Party instituted a range of policies to calm domestic unrest and attract foreign investment, especially electronics manufacturers. At the same time, the state was heavily involved in cultivating heavy industry like steel and shipping. In doing so, Lee was borrowing from a model often called the 'developmental state' that was earlier pursued by Japan, contemporaneously by several other Asian nations, particularly South Korea, and since by mainland China.

The map and its surrounding vignette illustrations display some of the distinctive features of Singapore's culture and environment, including a mix of Chinese, Indian, Malay, British and other cultures.

This map was recently included as part of an exhibition at the National Design Centre in Singapore, but otherwise is not known to exist in any institutional holdings and has no known history on the market.

Singapore Tourist Promotion Board (1964 – present) (since 1997 the Singapore Tourism Board), is a government agency tasked with coordinating between various industries (airlines, hotels, travel agencies, etc.) to increase and improve tourism to the island nation. The Board was involved in several major projects that have aided tourism, such as the development of Sentosa Island, which is now home to shopping malls, resort hotels, a Universal Studios theme park, and a casino. The Board played an important role in steadily increasing international tourism to Singapore, with the number of international tourists regularly surpassing 10 million in the 2010s and reaching nearly 20 million in 2019. Learn More...

Excellent.
Looking for a high-resolution scan of this?