1872 Imray Blueback Chart or Map of East Malay and Singapore 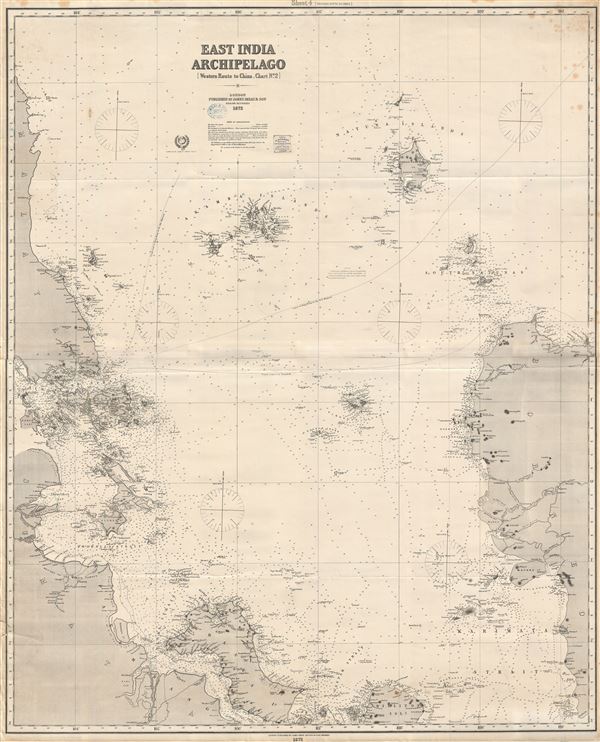 1872 Imray Blueback Chart or Map of East Malay and Singapore

A large and impressive 1872 nautical chart by James Imray covering eastern Malaya (Malaysia), Singapore, and parts of Borneo and Sumatra.

This is part of a nine-map series Imray issued to illustrate trade routes between Singapore, China, and Japan. It corresponds to Chart no. 2 in the 'East India Archipelago' series and chart no. 4 in the 'Western Route to China' series.

Very good. Blueback. Imray's stamp near title. Some edge wear.
Looking for a high-resolution scan of this?