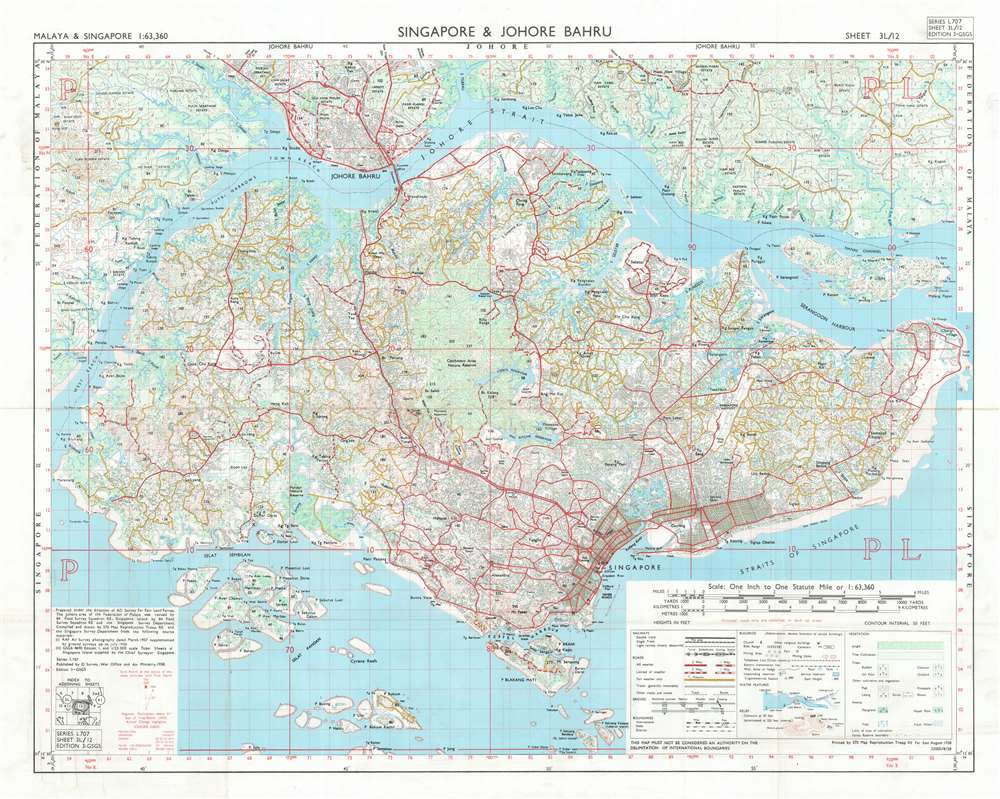 This is a 1958 British War Office map of Singapore and Johor Bahru (Johore Bahru) published the same month as the State of Singapore Act was passed by the United Kingdom Parliament establishing the State of Singapore. Centering on the island of Singapore, the map also depicts Johor Bahru and the surrounding areas of the extreme southern tip of the Malaysian peninsula. At this point in Singapore's history, it was well on its way to complete self-government and independence from Britain, but was still in the transitional stage. A superb level of detail is present, with Singapore's extensive road network illustrated in detail and differentiated by grade. The island's urban sprawl is also readily apparent, although only a handful of specific buildings are identified. The Pandan Nature Reserve and the Catchment Area Nature Reserve are labeled. The whole is overlaid with a grid that is measured in yards north and yards east. An index in the lower right corner explains the various notations present.

This map was created and published by the Directorate of Military Survey, War Office and Air Ministry in 1958 as Series L707, Sheet 3L/12. This map is catalogued in the OCLC as being part of the collection at three institutions: the University of Chicago, the National Library of Australia, and the Australian War Memorial.