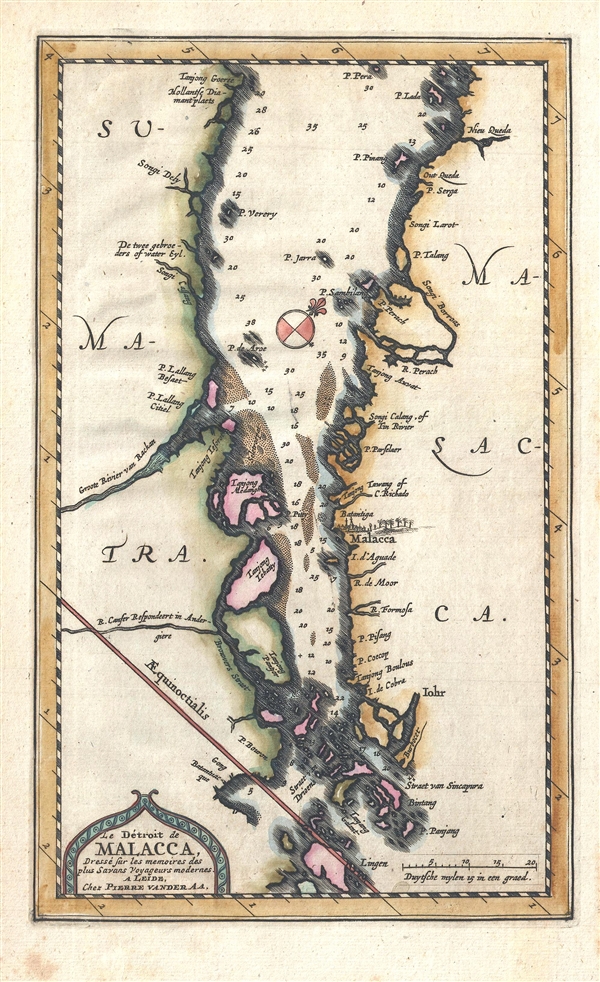 Rare Singapore Map! Only 100 known to have been printed.

An exceptional and scarce 1727 Pieter van der Aa map of the Strait of Malacca and Singapore including parts of adjacent Sumatra and the Malaya Peninsula (Malaysia). Taking full advantage of the small paper size, this map is oriented to the northwest with the strait presented vertically. The map details the Strait of Malacca from P. Peru and Tanjong Goeree to Lingen and Pulu Panjang. Malacca and Ihor (Johore), along with numerous other coastal sites are identified. Depth soundings are presented throughout the strait. Singapore itself is not identified but the Strait of Singapore is named and the island that would later become Singapore is rendered. An unusual decorative cartouche appears in the lower left quadrant. This map was issued for Van der Aa's scarce La Galerie agreable du Monde. Only 100 are known to have been printed, and so, while none know how many have survived, this map may be considered exceedingly scarce.