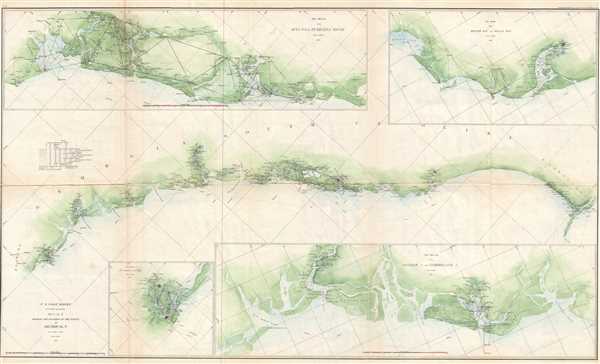 This map was compiled under the direction of A. D. Bache, Superintendent of the Survey of the Coast of the United States and one of the most influential American cartographers of the 19th century, and issued in the 1860 edition of the Superintendent's Report.