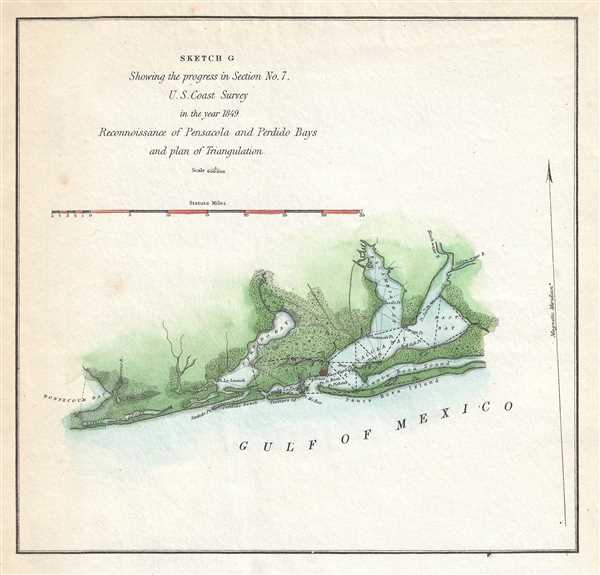 Labels Pensacola and the Navy Yard.

This is an 1849 U. S. Coast Survey triangulation chart or map of the Gulf Coast of Alabama and Florida. The map depicts the region from Bon Secour Bay, Alabama to East Bay, Florida. Illustrating the coast in detail, numerous locations throughout the region are labeled, including Pensacola and the Navy Yard. Several points, islands, and beaches along the coast are labeled, along with a handful of creeks and rivers. Triangulation points are noted throughout.

This map was compiled in 1849 and issued in the 1851 edition of the Superintendent's Report.