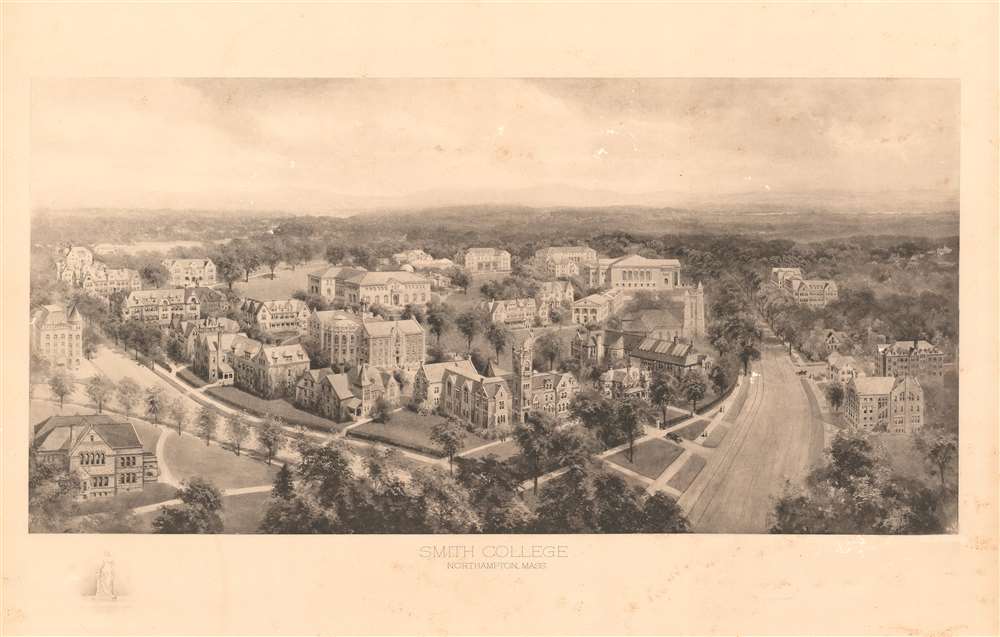 View of Smith College, the largest member of the historic Seven Sisters colleges.
$2,000.00

This is a c. 1913 Richard Rummell view of Smith College, a private liberal arts women's college in Northampton, Massachusetts. Founded in 1875, Smith College is the largest member of the Seven Sisters collegiate league. Looking west over the campus from the intersection of Elm Street and West Street, College Hall, Smith's first building, appears front and center. To the left of College Hall, some of the buildings that are still stand on campus include Pierce Hall, Seelye Hall, Lilly Hall, Alumnae Gym, Lawrence House, Morris House, Tyler House, and Neilson Library. Forbes Library, which houses the Calvin Coolidge Presidential Library today, appears in the lower left. Identifiable buildings to the right of College Hall include Dewey Hall, Stoddard Hall, and Gillett House. St. John's Episcopal Church, which is not affiliated with Smith College, is also illustrated.

Very good. Exhibits light toning and soiling. Blank on verso.
Looking for a high-resolution scan of this?