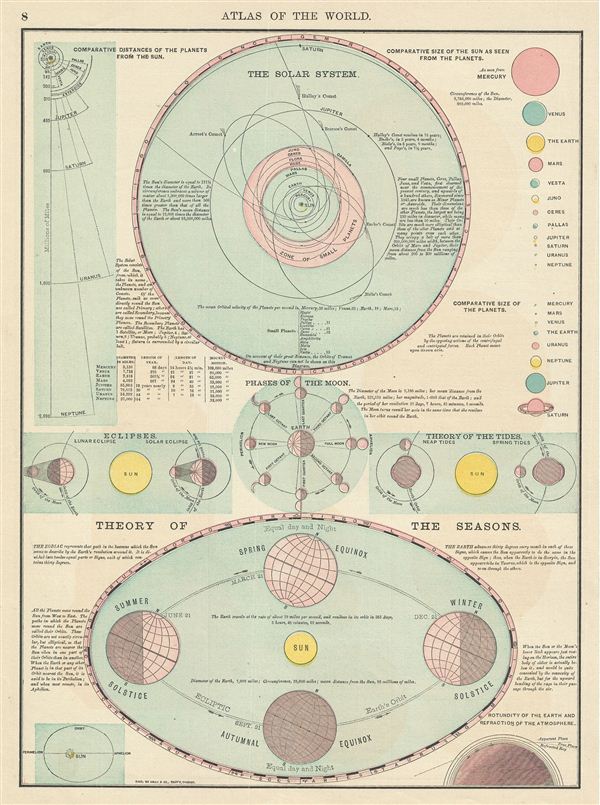 This is a fine example of Rand McNally's 1885 McNally map of the Solar System. The map features several theories about the solar system and other observations. Several diagrams are depicted in color including 'The Solar System,' 'Comparative Distances of the Planets From the Sun,' 'Comparative Size of the Sun as Seen From the Planets,' 'Theory of the Seasons,' 'Comparative Size of the Planets,' 'eclipses,' 'Theory of the Tides,' 'Phases of the Moon,' 'Rotundity of the earth and Refraction of the Atmosphere.' Some diagrams are accompanied by short paragraphs of explanations. Map is issued as page no. 8.