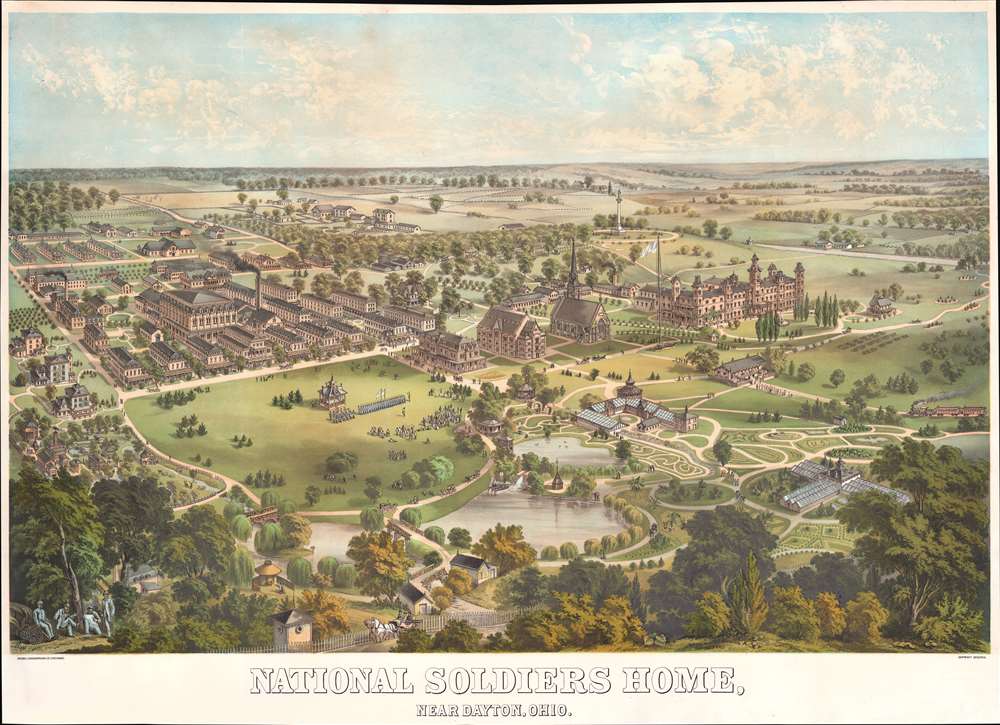 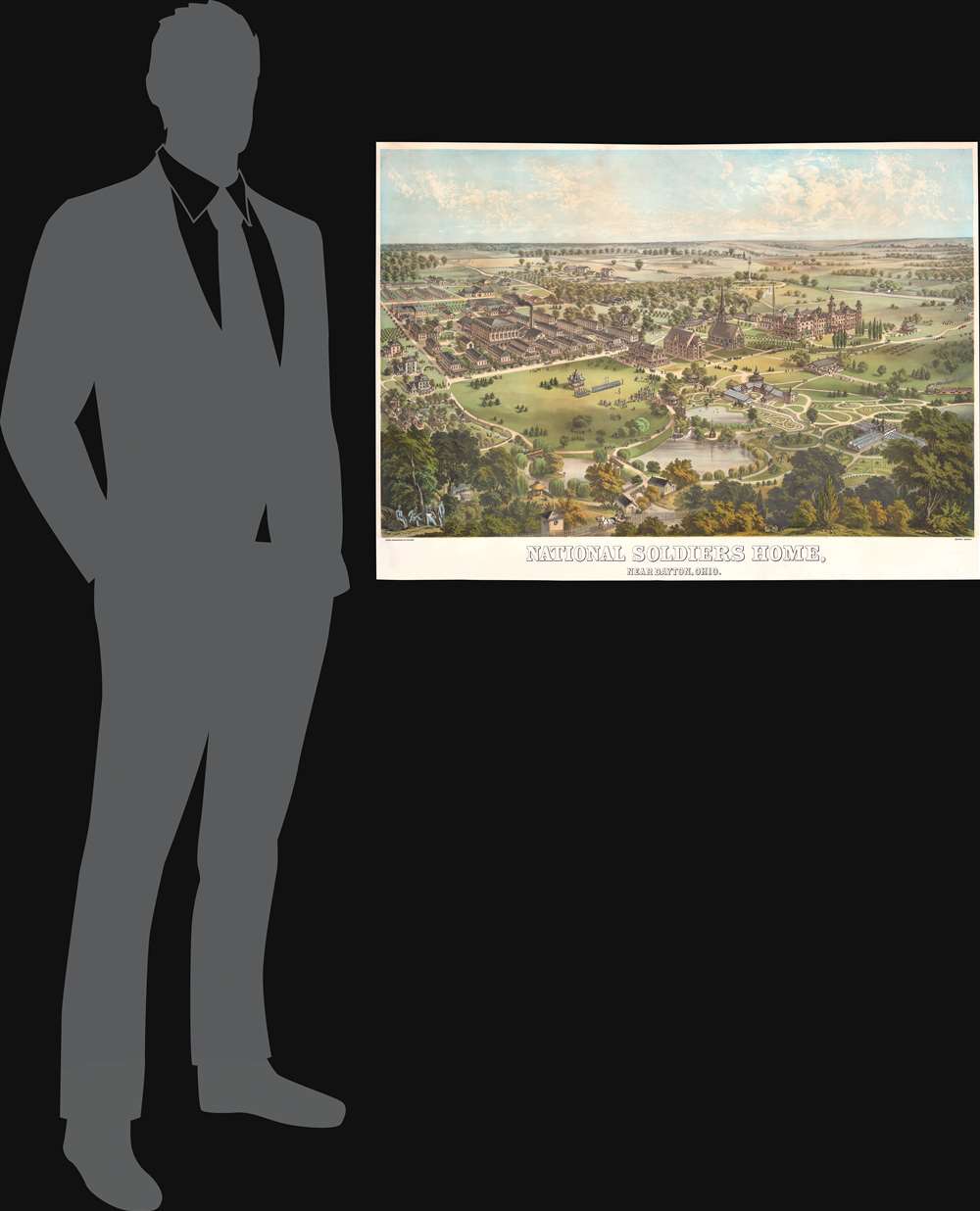 A rare 1878 Adolph Krebs chromolithograph view of the National Soldier's Home (National Asylum for Disabled Volunteer Soldiers) near Dayton, Ohio. The view looks west and slightly north on the campus from a high point to the west of the home, a region today called Highview Hills.

The National Soldier's Home was established in 1865 to provide care for the many soldiers who has been disabled through loss of limb, wounds, disease, or injury during service in the Union forces in the American Civil War. There were several branches, the branch here illustrated being the Central Branch, constructed in 1867, near Dayton. Today it is the Dayton Veterans Affairs Medical Center.

This view is reasonably rare. The only other example we have been able to definitively identify is at the Library of Congress.

Adolph K. Krebs (1831 – September 15, 1884) was a Cincinnati, Ohio, lithographer active in the second half of the 19th Century. Born in Germany, Krebs came to Cincinnati with his family in 1847. After arriving in Cincinnati, Krebs worked as an apprentice at Sherer and Rowse in the late 1840s. He then moved to Klauprech and Menzel and worked there until 1852. That year he moved to Pittsburgh to start a lithographic firm with his younger brother Otto. Krebs fought in the American Civil War, was captured, and imprisoned at the infamous Andersonville prison. After the Civil War, Krebs returned to Cincinnati. Krebs joined Ehrgott and Forbriger (after Peter E. Ehrgott and Adolphus F. Forbriger) in 1869 following the death of Adolph Forbriger. The firm operated under the name Ehrgott and Krebs from 1870 until 1873. Krebs became sole owner of the firm in 1874 after Peter Ehrgott retired. That year he renamed the firm Krebs Lithographic Company, and built a large new facility. Krebs took on partners William D. Henderson (1842 - 1920), and F. Veigel but maintained overall ownership and management of the company. Under Krebs the firm reached new heights, producing both lithographic and chromolithographic items, including bonds, checks, diplomas, drafts, maps, and views. The Cincinnati firm was based in the Carlisle Building, where, at their largest, they occupied two full floors. Henderson left the firm in 1885 to form his own company with Fred Achert (1847 - 1928), the Henderson-Achert Company. In 1890, a fire destroyed the Henderson-Achert Company. Henderson chose to buy the Krebs Lithographing Company instead of rebuilding his own firm. He renamed the firm Henderson-Achert-Krebs and installed Achert as vice president. Achert left the firm in 1896 to found his own firm, the Achert Lithographic Art Company. After Achert left, the firm was renamed the Henderson Lithographic Company. Strobridge purchased the company in 1925 but the Henderson name remained until the late 1930s. Learn More...