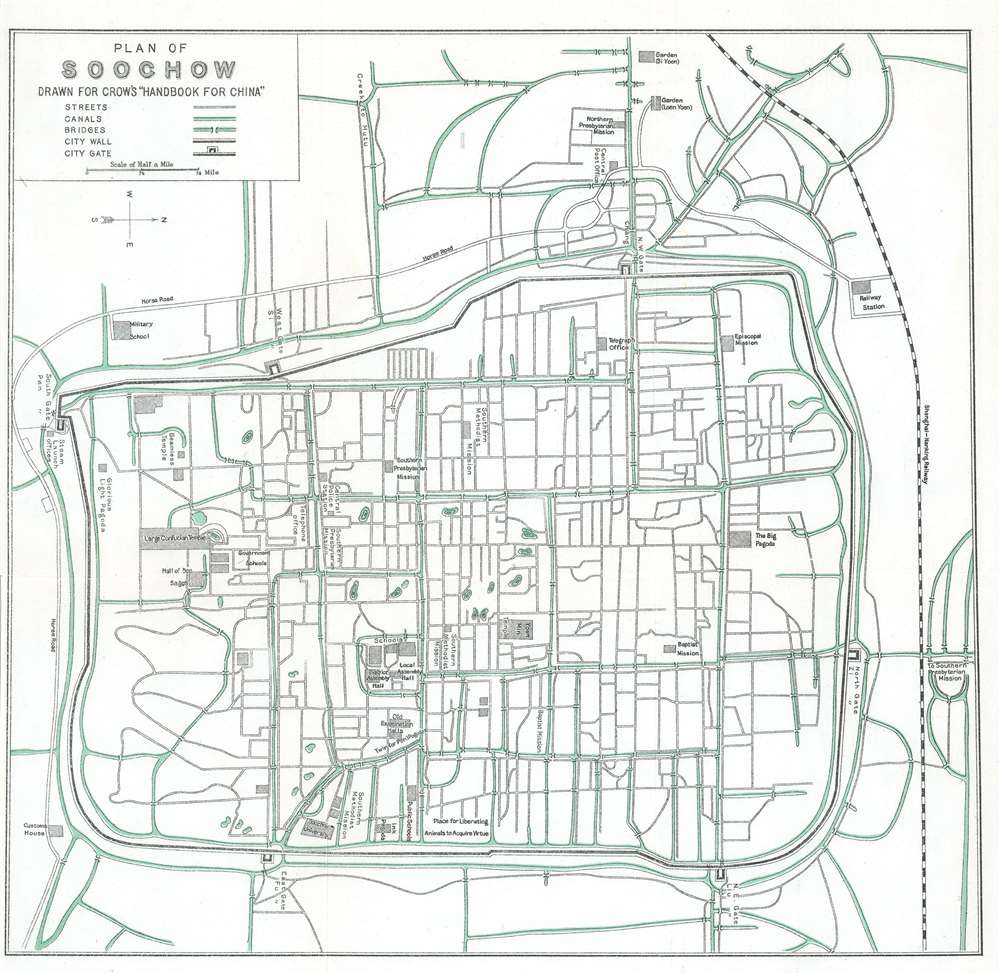 This is a 1921 Carl Crow city map or plan of Suzhou (Soochow), China. The map depicts the city and some of the surrounding area. Soochow, per Crow, lies '53 miles from Shanghai, on the Shanghai-Nanking Railway', which is depicted and labeled on the map. Due to its extensive system of canals, Soochow has been given the name 'The Venice of the Far East.' Several locations are labeled on the map, including The Big Pagoda, the Local Assembly Hall, Soochow University, the Large Confucian Temple, and the Railway Station. Only one of the myriad roads on the map is labeled, the Horse Road, and it falls outside the city walls.

This map was published by Carl Crow in his Handbook for China in 1921. While the individual map is not catalogued on OCLC, Crow's maps of China are part of the collection at Utrecht University Library in Utrecht, Netherlands.