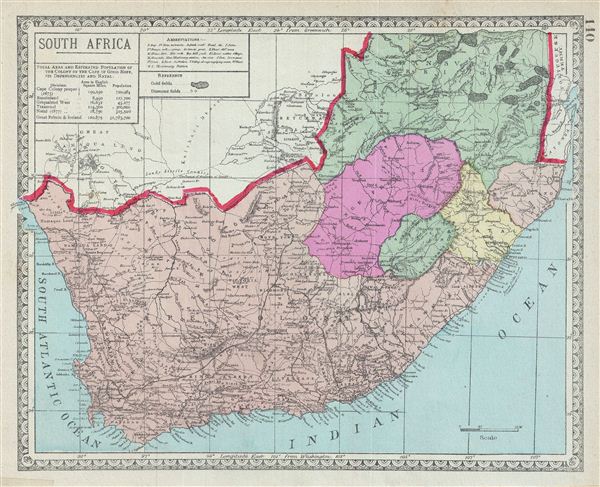 This is a beautiful example of the 1882 Tunison map of South Africa. It covers South Africa including Basutoland (Kingdom of Lesotho). Various Gold and Diamond Fields are identified. After the discovery of diamonds in 1867 and gold in 1884, colonial powers and the indigenous population struggled to control these resources. This led to the First Boer War in 1880 in which the British were defeated. The British were however victorious in the Second Boer War. Map is highly detailed and color coded according to political and regional boundaries. Various towns, cities, rivers, deserts, mountains and other topographical details are noted. Published as plate no. 140 in Tunison's Peerless Universal Atlas.

Very good. Portion of map on verso.
Looking for a high-resolution scan of this?