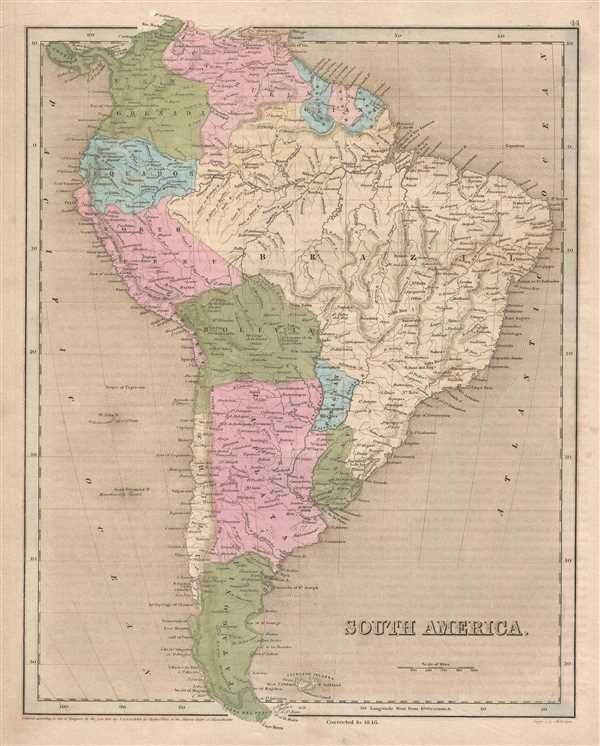 This is an 1846 Thomas G. Bradford map of South America. The map depicts the continent from Panama to Tierra del Fuego and from the Pacific Ocean to the Atlantic Ocean. Created during an era of political instability, violence, and civil war throughout the continent, it would be decades before territorial boundaries in South America were no longer in flux. The Argentine Civil Wars were raging at the time this map was published, and Peru and Ecuador were fighting over their border, a conflict that would not be fully resolved until 1998. True to the overall aesthetic of the Universal Illustrated Atlas, a high level of detail is illustrated here. Cities and towns throughout the continent are labeled, including Quito, Buenos Aires, Santiago, Rio de Janeiro, Caracas, Bogota, Montevideo, and Cusco. Rivers, such as the Amazon, Orinoco, and Paraguay, traverse the continent in every direction, and the Andes are depicted as well..