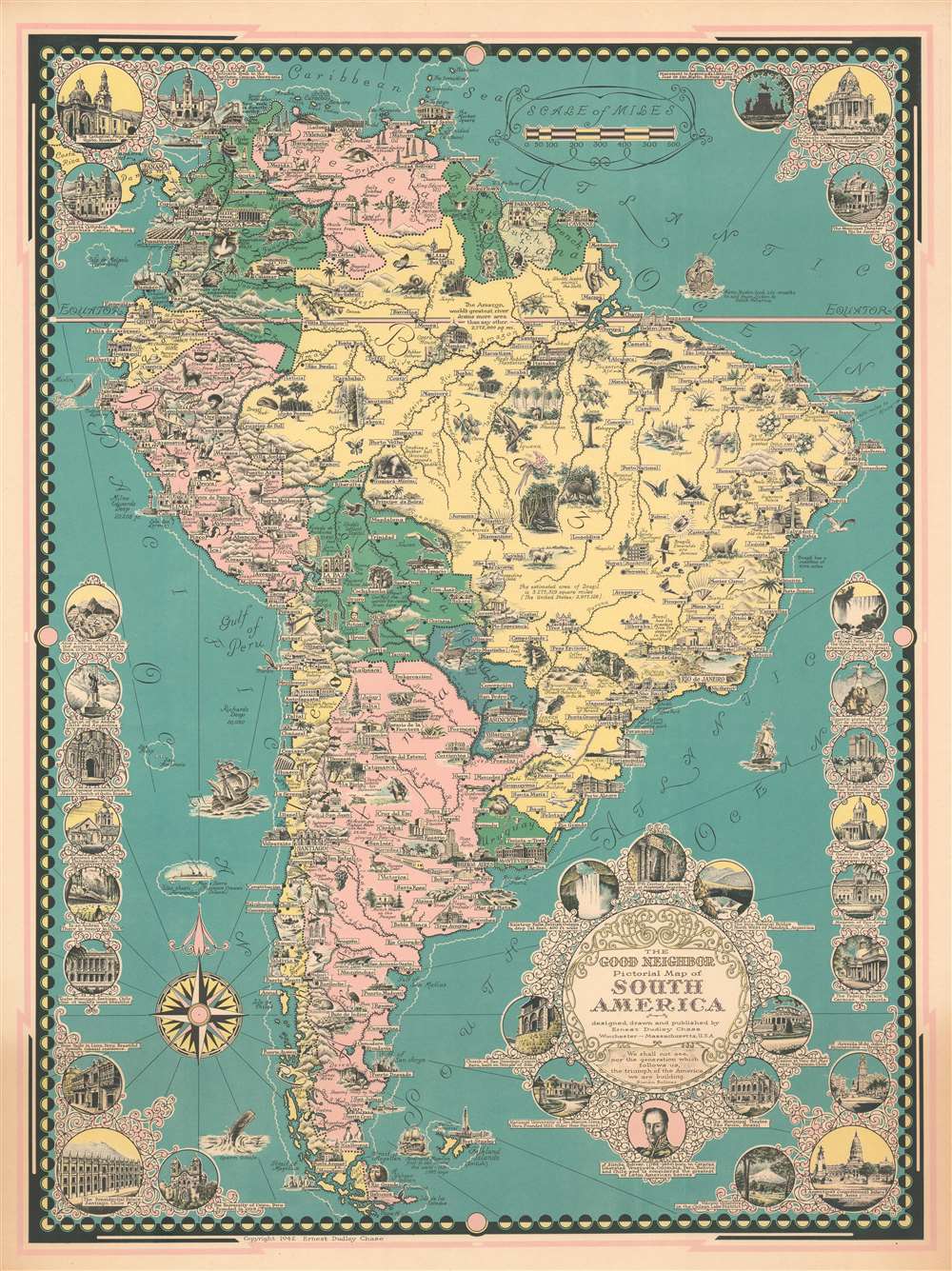 This is a 1942 Ernest Dudley Chase pictorial map of South America. The map depicts the continent from the Pacific Ocean to the Atlantic Ocean and from Costa Rica to Cape Horn. Incredibly detailed and beautifully illustrated, Chase highlights the wide array of flora and fauna that call South America home alongside its most spectacular natural and man-made sites. Illustrations of South American animals, including the condor, anteater, sloth, macaw, toucan, iguana, and chinchilla, fill the continent. The continent's other natural riches, such as Brazil's diamonds and emeralds, the rubber found in the Amazon, oil, cacao, and tea are also promoted. Cities and towns are labeled throughout, including Sao Paulo, Caracas, Bogota, Quito, La Paz, Lima, Montevideo, Buenos Aires, and Santiago. Each of these cities, along with many others, are also identified by illustrations of famous buildings, or, in the case of Rio de Janeiro, Copacabana Beach. Circular vignettes appear along all four borders and highlight famous buildings from across the continent, the majority of which are churches. Others illustrate world famous sites, such as Machu Picchu, Iguazu Falls, and the Christ the Redeemer statue in Rio de Janeiro. A portrait of Simón Bolívar is included below the title cartouche with a caption celebrating the liberation movement that he instigated from Colombia to Chile.