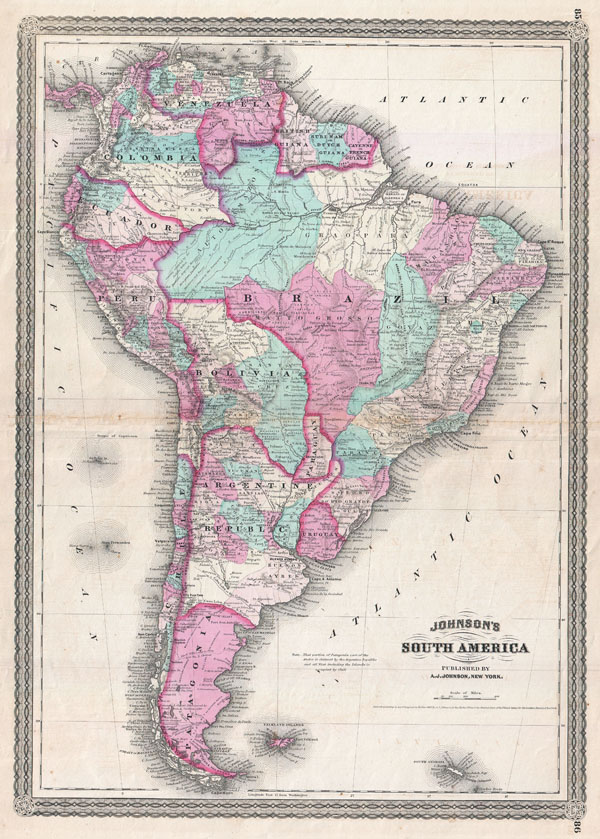 This is A. J. Johnson 1870 map of South America. Depicts the area in considerable detail with color coding according to country and district. Shows Bolivia with an outlet tot eh Sea and Patagonia as separate from the Argentine Republic. Offers excellent detail of the Amazon basin noting many indigenous tribes. Features the spirograph style border common to Johnson's atlas work in 1870. Steel plate engraving prepared by A. J. Johnson for publication as page nos. 85 - 86 in the rare 1870 edition of his New Illustrated Atlas… Dated and copyrighted, 'Entered according to Act of Congress in the Year of 1867, by A. J. Johnson in the Clerks Office of the District Court of the United States for the Southern District of New York.'

Very good condition. Minor discoloration on original centerfold. Blank on verso.
Looking for a high-resolution scan of this?