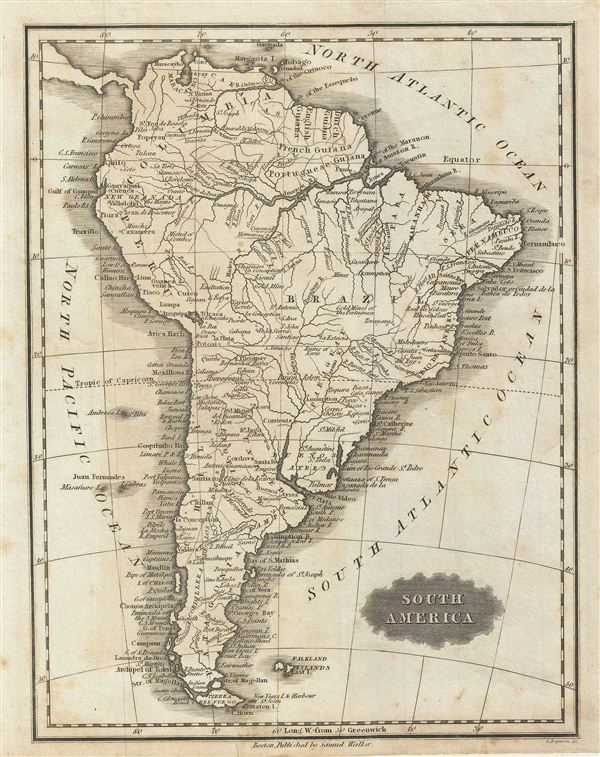 This is an attractive example of the 1828 Malte-Brun map of South America. The map covers the continent in its entirety from the Caribbean to Cape Horn, including the Falkland Islands. Various, important rivers, islands, cities and other topographical details are noted. This map was published by Samuel Walker in 1828 as part of the American edition of Conrad Malte-Brun's System of Geography, Vol. I.