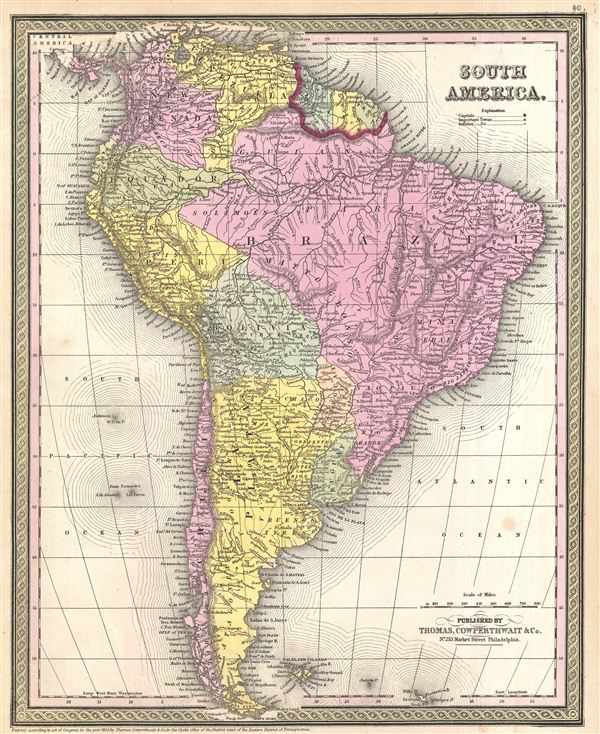 A fine example of Thomas Cowperthwait and S. A. Mitchell's 1854 map of South America. The whole is engraved and colored in Mitchell's distinctive style with green border work and vivid pastels. Political and topographical features are noted and color coded with elevation rendered by hachure. The map depicts the whole of South America inclusive of Panama and the Falkland Islands. Ecuador is depicted extending well into central South America along the Amazon River – territory that is now claimed by Brazil. Peruvian and Chilean claims to a small stretch of coastline formerly claimed by Bolivia are noted. Colombia is identified under its former name, New Grenada.

This map was prepared by S. A. Mitchell for publication by the Philadelphia firm of Thomas Cowperthwait & Co. as plate no. 40 in the 1854 edition of Mitchell's New General Atlas. Dated and copyrighted, 'Entered according to act of Congress in the year 1850 by Thomas Cowperthwait & Co. in the Clerk's office of the Eastern District of Pennsylvania.'