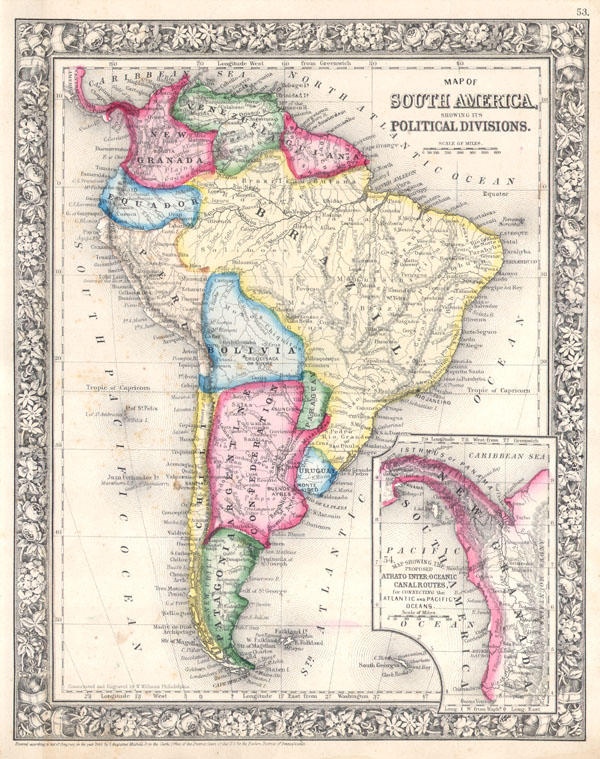 A beautiful example of S. A. Mitchell Jr.'s 1864 map of South America. Depicts the whole of the continent, including Panama, in considerable detail. Denotes both political and geographical details. Surprisingly accurate detail of the interior of Brazil and the Amazon Basin. An inset map in the lower right quadrant depicts the Isthmus of Panama entitled 'Map Showing the Proposed Atrato-Inter-Oceanic Canal Routes, for Connecting the Atlantic and Pacific Oceans.' One of the most attractive American atlas maps of this region to appear in the mid 19th century. Features the floral border typical of Mitchell maps from the 1860-65 period. Prepared by W. Williams for inclusion as plate no. 53 in the 1864 issue of Mitchell's New General Atlas. Dated and copyrighted, 'Entered according to Act of Congress in the Year 1860 by S. Augustus Mitchell in the Clerk's Office of the District Court of the U.S. for the Eastern District of Pennsylvania.'