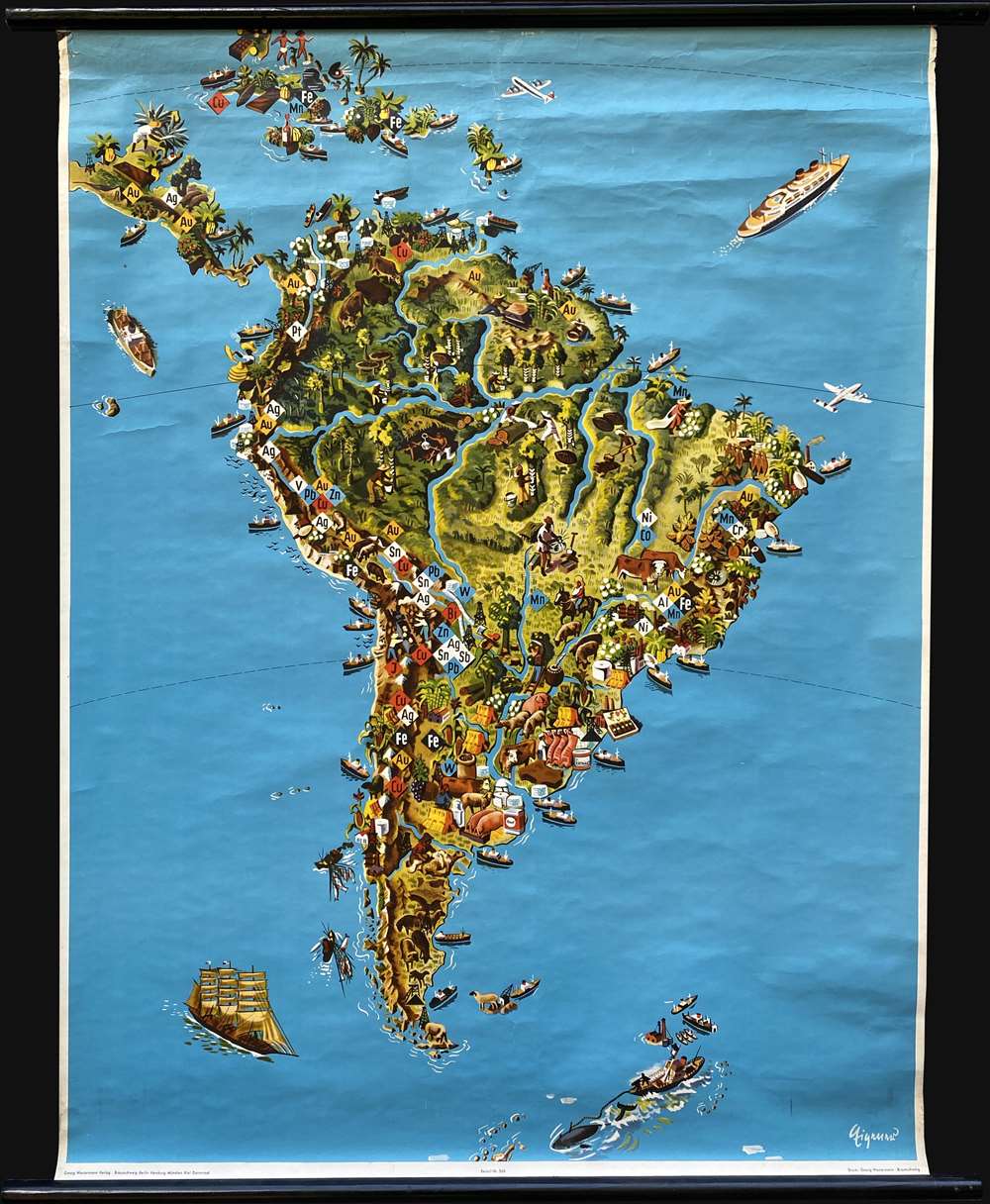 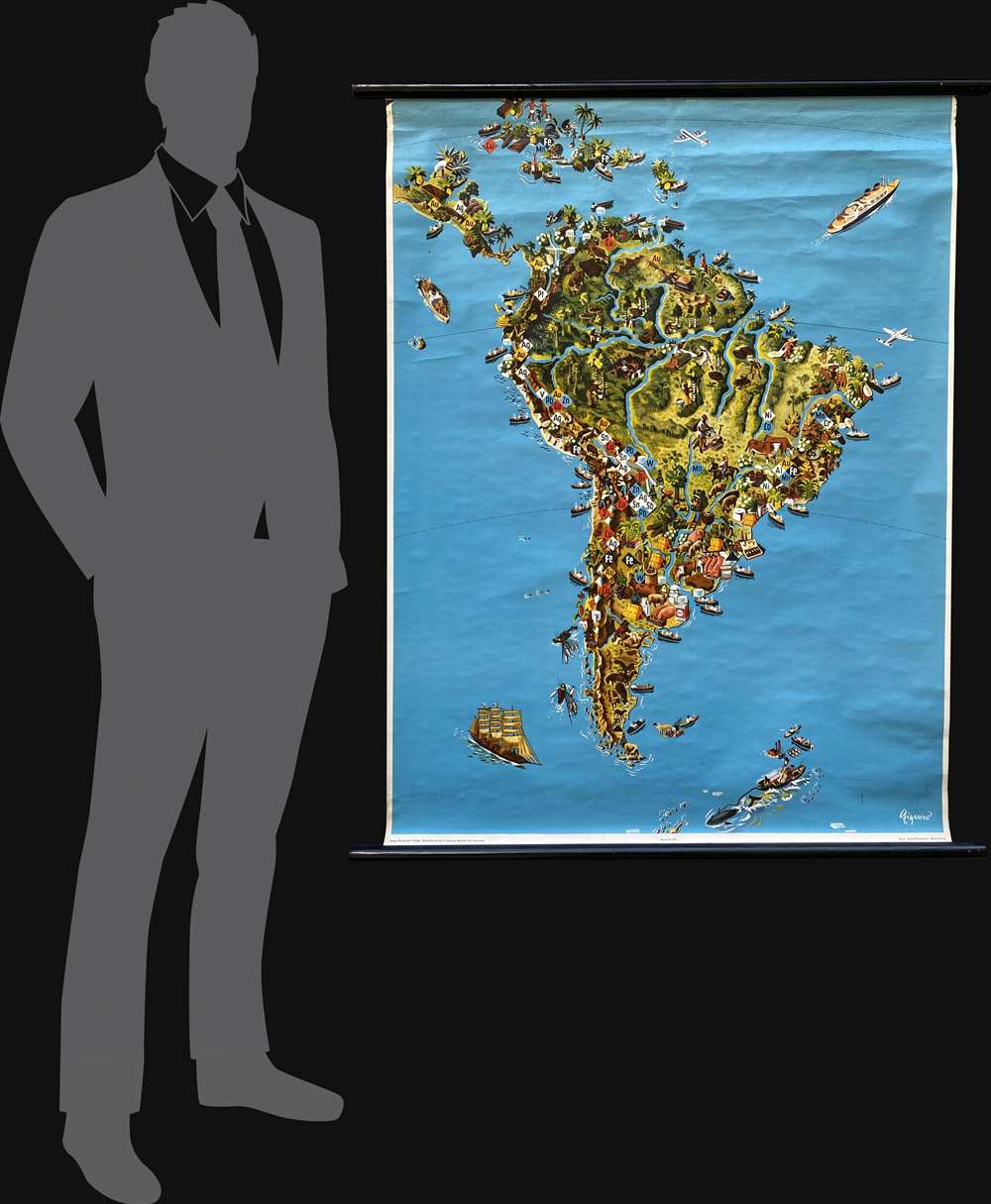 This is a c. 1957 Westermann Verlag pictorial resource wall map of South America. South America's rich landscape leaps off the page, with the lush green of the Amazon rainforest dominating the upper half of the continent. This natural wonder provides its bounty; rubber trees, timber, and other resources abound throughout the forest. Chemical symbols render the continent's mineral wealth unmissable, with copper, silver, gold, tin, lead, iron, and tungsten, (only a few of the metals found there) identified, particularly in the Andes Mountains. Ranchers raise livestock, including cattle, sheep, and pigs. Oil derricks mark oil strikes, and tanks highlight the importance of oil exports. Ships all along the South American coastline reinforce the continent's significance in an ever-interconnected world.

This map was created and published by Westermann Verlag c. 1957. We have been unable to locate any other examples.

Westermann Verlag (Westermann Publishing) (1838 - Present) is a German publishing firm founded by Georg Westermann (February 23, 1810 - September 7, 1879) in Braunschweig. After Georg died, several generations of Westermann operated the business until the 'Westermann Druck-und Verlagsgruppe was acquired by the Medien-Union in 1986. They still published the Carl Diercke Schul-Atlas for use in schools and also have products that use or are related to Google Earth, globes, and 3-D technology Learn More...


Georg (George) Westermann (February 23, 1810 - September 7, 1879) was a German publisher and the founder of Westermann Verlag, based in Braunschweig, which still exists to this day and publishes as part of the Westermann Group. Born in Leipzig, Westermann attended the Humanistic Gymnasium Albertina in Freiberg before moving to Brunswick to work as an apprentice to a book publisher and seller in 1827. He founded his own publishing bookstore in Braunschweig in 1838 and married Blanca Vieweg on November 29th of that year. Westermann expanded his operation in 1845 by acquiring his own printing works, which he later supplemented with a lithographic machine, steam-powered letterpresses, and a bookbindery. After Westermann died in 1879, his son Friedrich took over the business. Learn More...

Very good. Some minor edge wear to the upper corners. Attached to original rollers.
Looking for a high-resolution scan of this?