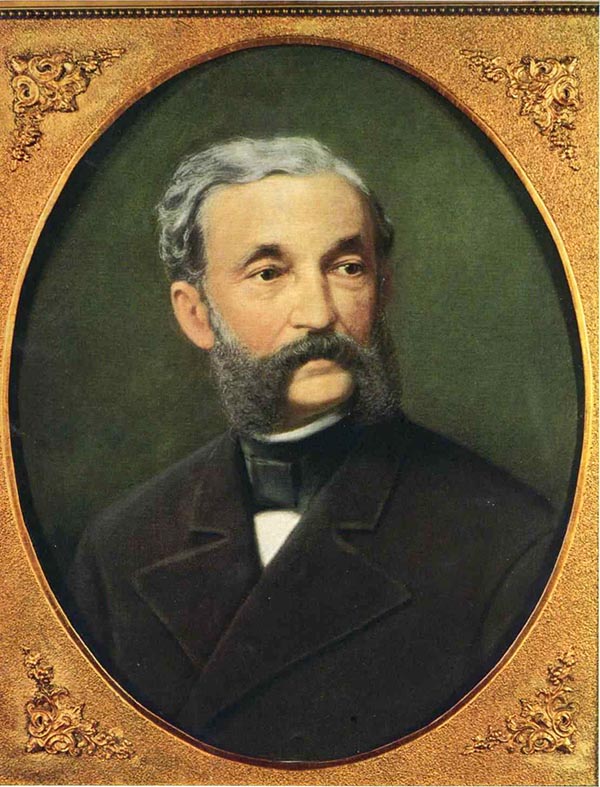 Georg (George) Westermann (February 23, 1810 - September 7, 1879) was a German publisher and the founder of Westermann Verlag, based in Braunschweig, which still exists to this day and publishes as part of the Westermann Group. Born in Leipzig, Westermann attended the Humanistic Gymnasium Albertina in Freiberg before moving to Brunswick to work as an apprentice to a book publisher and seller in 1827. He founded his own publishing bookstore in Braunschweig in 1838 and married Blanca Vieweg on November 29th of that year. Westermann expanded his operation in 1845 by acquiring his own printing works, which he later supplemented with a lithographic machine, steam-powered letterpresses, and a bookbindery. After Westermann died in 1879, his son Friedrich took over the business.