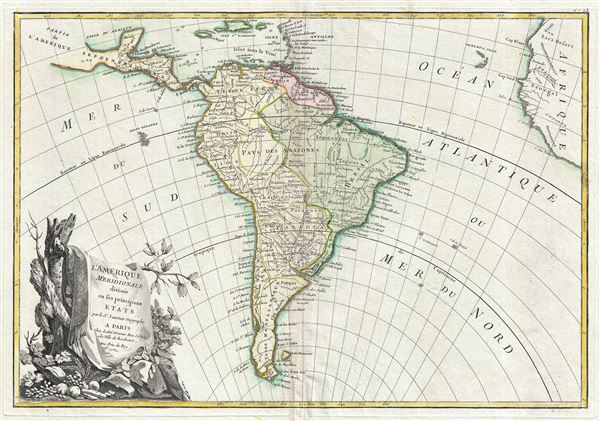 A large decorative title cartouche appears in the lower left quadrant. This map was drawn by J. Janvier and included as plate no. 33 in the first edition of Jean Lattre's 1762 issue of the Atlas Moderne.Â