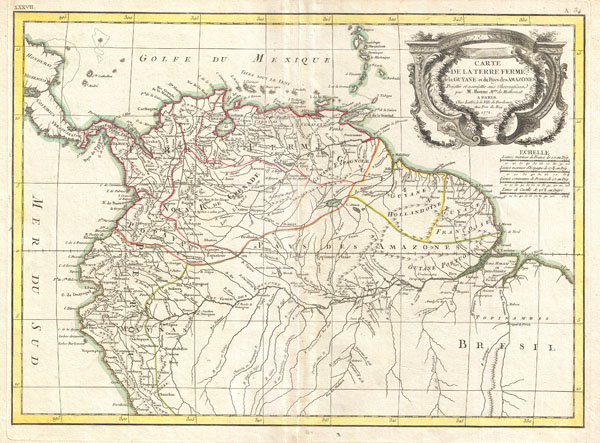 A beautiful example of Rigobert Bonne's decorative map of northern South America. Covers from Honduras and the Windward Isles south as far as 12 degrees south latitude. This region, known since the days of Columbus as Tierra Firma, consists of the modern day nations of Columbia, Venezuela, Ecuador, Guyana, and Brazil. Offers excellent detail throughout showing mountains, rivers, national boundaries, cities, regions, and tribes.

A large decorative title cartouche appears in the upper right quadrant. Drawn by R. Bonne in 1771 for issue as plate no. A 34 in Jean Lattre's 1776 issue of the Atlas Moderne.