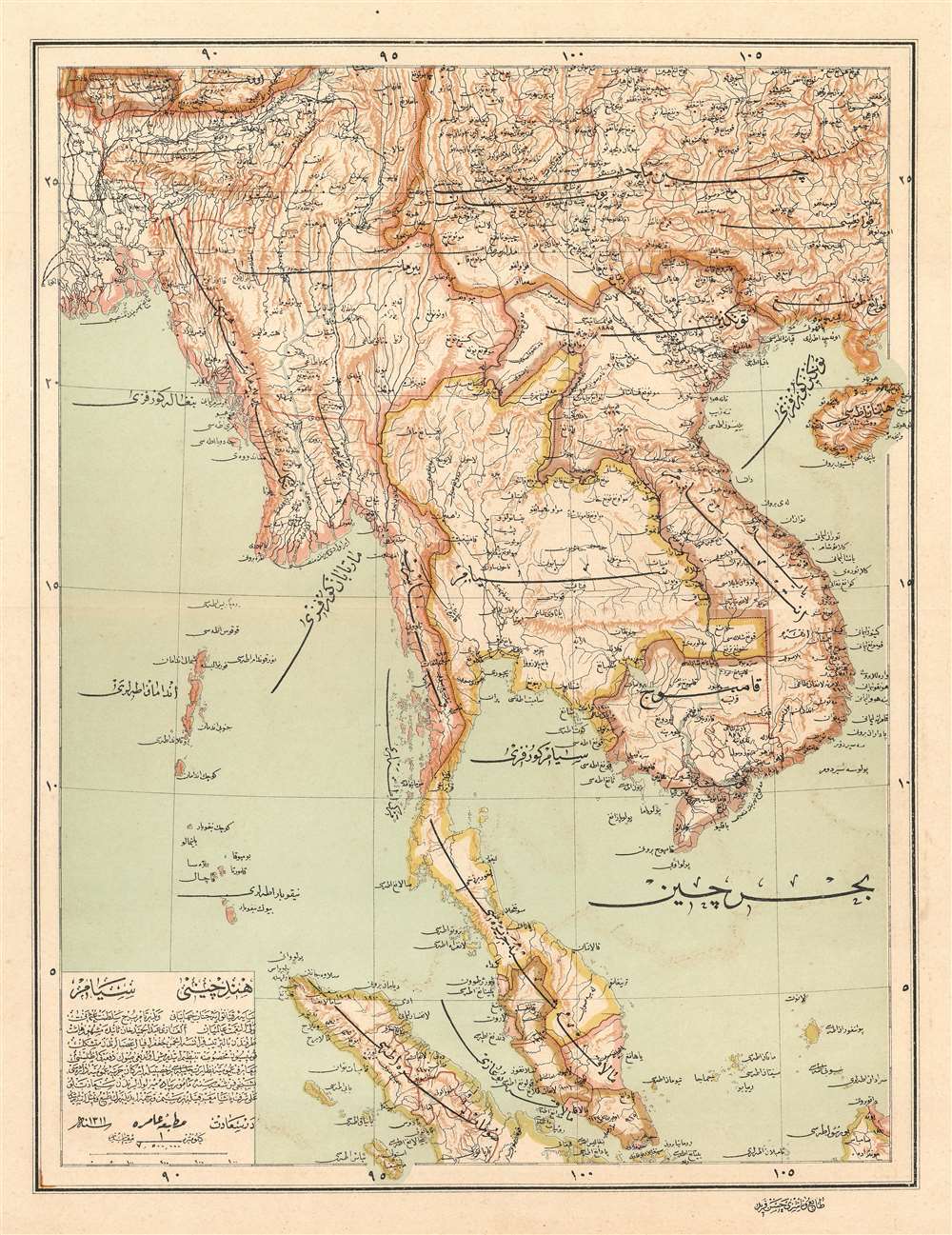 An incredibly rare and extremely attractive map, this is a c. 1895 Ali Şeref Paşa map of Southeast Asia in Ottoman script. From one of the largest 19th century Ottoman atlases, the Yeñi coġrafya aṭlası, the map depicts the region from modern-day Bangladesh to Hainan and from southern China to Sumatra and Borneo. Highly detailed, myriad locations are labeled and international borders are noted by this lines of various colors, making it easy to differentiate between the different nations.

This map was created by Ali Şeref Paşa for publication in his Yeñi coġrafya aṭlası c. 1895 by the Matbaa-i Amire Press. We have been able to trace one institutional example of the atlas in the collection at the University of Chicago Library.

Ali Şeref Paşa (?? - 1907), also known as Hafız Ali Eşref, was a soldier and cartographer. Little is known about Ali's life, but it is known that he was educated as a cartographer in Paris around 1862. While in Paris he published his first atlas, titled Yeni atlas, which included twenty-two maps. Eventually he returned to Istanbul where he became the chief cartographer for the Matbaa-i Amire Printing Press in Beyazit. Among his achievements are an Ottoman Turkish translation of the Kiepert map of Anatolia and an unfinished gigantic 100-sheet map of Anatolia. Oftentimes, Ali's name is misunderstood or identified as two different people. Turks did not have surnames until the surname law was adopted on June 21, 1934. As children they would be given a first name, in this case Ali, and would be known as the son or daughter of their parents. Once they reached adulthood, individuals were given titles if of a higher class, or names that described their work or class. Names were not inherited by children until after 1934. Learn More...