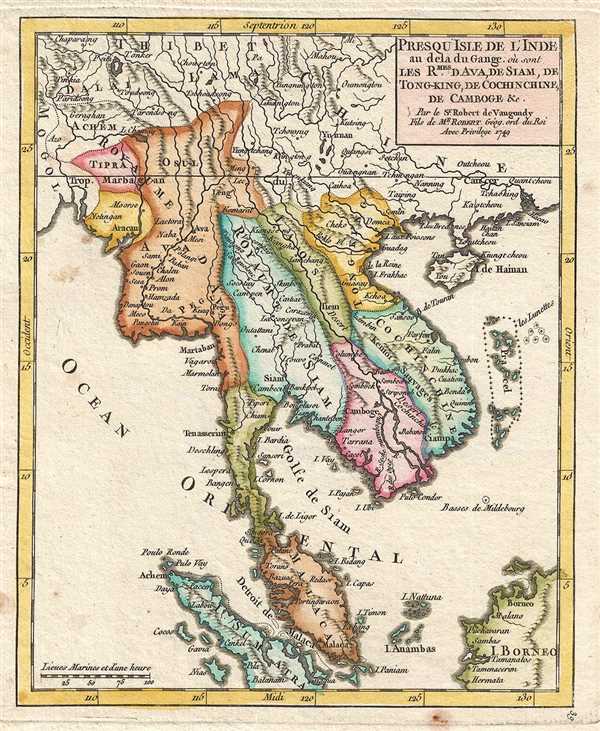 This is a hand colored 1749 Didier Robert de Vaugondy map of Southeast Asia, including modern day Thailand, Burma, Vietnam, Malaysia, Singapore (present but not labeled), Cambodia, and Laos. The map centers on Southeast Asia and depicts from eastern Bangladesh and the Bay of Bengal on the left to Pearl River Delta, Hong Kong, and Macau on the right and from southern China at the top to Indonesia at the bottom. The map depicts the region in detail, labeling numerous cities and towns throughout the region, including Macau (Macao) and Malacca (Malaca). The political divisions of the region are similar to modern international borders. However, they are not the same and the names of certain regions, such as Burma as the 'Kingdom of Ava' or Vietnam divided into Cochinchina and Tong-King, are very unfamiliar. The map also labels Tibet in an intriguing manner: 'Thibet Dalai Lama'.