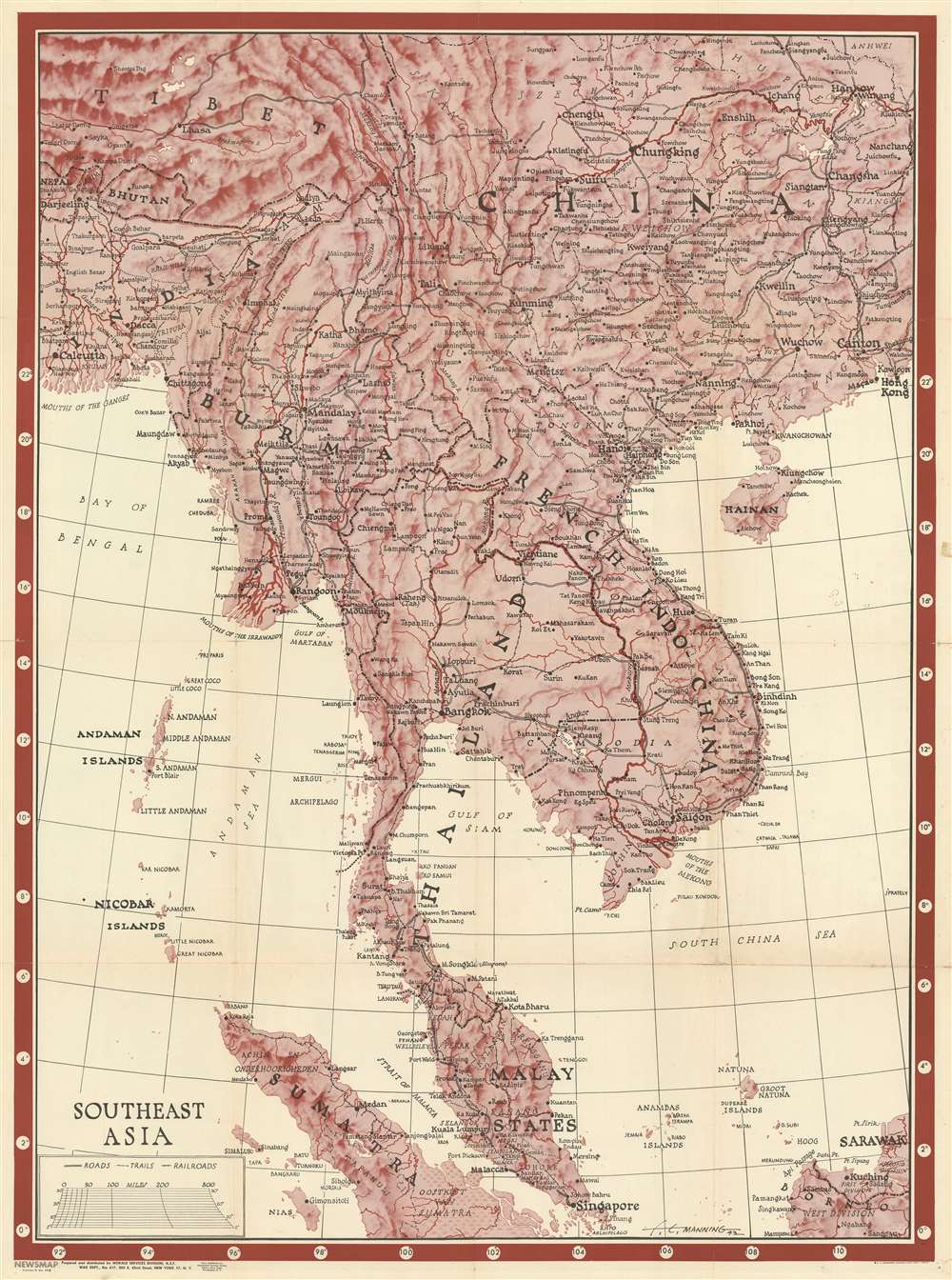 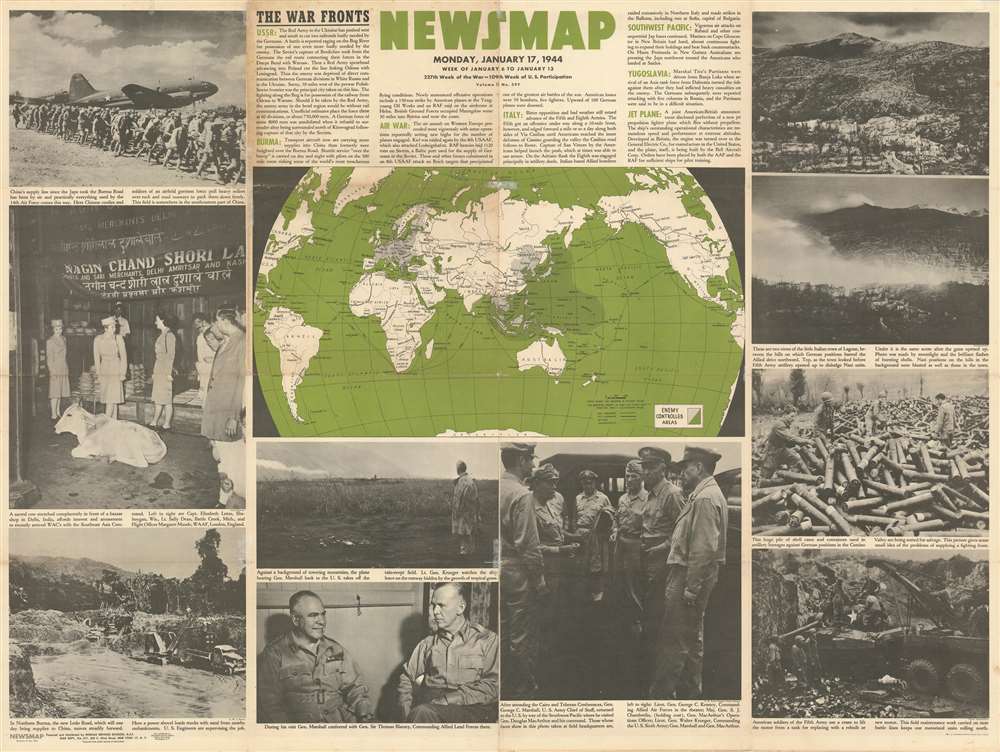 This is a 1944 Morale Services Division Newsmap wall map of Southeast Asia. Created for American personnel serving overseas during World War II, the map depicts the region from Hankou, China to Borneo and Sumatra and from Calcutta to Hong Kong. This was a critical, if little-remembered theater of World War II, but little detail concerning the war appears, likely because that information would be severely out of date by the time the map finally reached its intended audience. The map was intended for general educational use concerning the area's geography, cities and towns are labeled throughout. Larger print identifies important cities, which were the ones that soldiers were more likely to recognize, including Singapore, Mandalay, Hong Kong, Macau, Canton (Guangzhou), and Kunming (the Chinese Nationalist capital), to name only a few. Roads that roughly correspond to the famous Burma Road are included as well, although are not labeled as such.

One of the attributes of the Newsmap genre is the abundance of content on one side and large graphic content of some kind (usually a map or propaganda poster) on the other. This edition is not an exception. Ten black and white photographs surround a world map highlighting territory still controlled by the Axis. Short paragraphs situated at top center provide summaries of the week's most important war-related events. In this case, these include fighting between the Nazis and the Soviet Red Army on the Eastern Front, significant raids in the air war over Europe; brutal fighting in southern Italy; and the completion of a jet engine by the Allies. The photographs present the viewer with images of a small Italian village before and after an Allied artillery barrage, three images of U.S. Army Chief of Staff General George Marshall's visit to the Southwestern Pacific to visit General Douglas MacArthur, and three WACs encountering a sacred cow in a Delhi, India bazaar.


F. E. Manning (fl. c. 1940 - 1945) was an American journalistic cartography employed with the Chicago Sun. During World War II he produced numerous propagandistic maps for the Army Orientation Course of the Special Service Division Army Service Forces, a division of the United State War Department. Our research has, unfortunately, been able to unearth significant details regarding his personal life or his career at the Chicago Sun. Learn More...