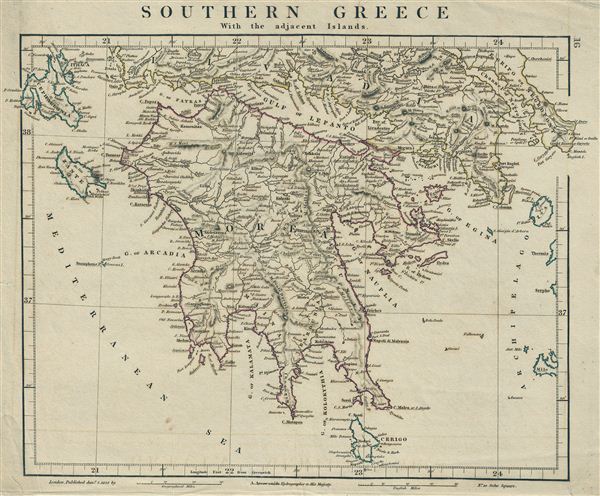 This is a rare example of Aaron Arrowsmith's 1828 map of Southern Greece and adjacent Islands. The map covers the entire Peloponnese peninsula (known as 'Morea' in the Ottoman era) including the Islands of Cerigo, Zante, Ceppalonia and Ithica. It also shows the southern parts of Livadia and Negropont. The regional political boundaries are colored and relief shown by hachures. As this map was being drawn, the Greek people were in the midst of a bloody war for independence against their Ottoman Turkish overlords. With the help their European allies in Russia, United Kingdom, and France, the Greek revolutionaries finally threw off the Ottoman yolk in 1832. This map was published by A. Arrowsmith, hydrographer to His Majesty, in 1828.