1835 Burr Map of the Southern Hemisphere 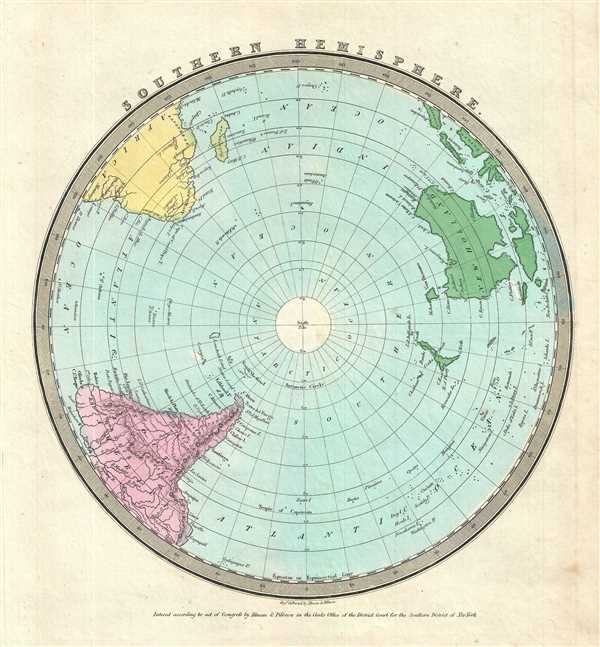 1835 Burr Map of the Southern Hemisphere

Beautiful map of the southern hemisphere.

This is a first edition 1835 map of the Southern Hemisphere by David Burr. It depicts the world as seen from the South Pole. Important cities, islands, and rivers are noted throughout. 'New Holland' officially changed its name to Australia in 1824, it is here referred to by its older Dutch name, a term that would fall out of favor shortly after this map was printed. In Africa, the speculative Mountains of the Moon run across the continent. The Antarctic continent, first sighted in 1820, but neglected during the first half of the 19th century, does not appear on the map. .

According to Ristow, although Burr is credited on the title page, he left this atlas incomplete. He was appointed as topographer to the U.S. Post Office, and of the sixty-three maps finally included in this atlas, only completed eight. The rest of the maps were then completed by Illman and Pilbrow in Burr's style. This map was ‘Entered according to act of Congress by Illman & Pilbrow in the Clerk’s office of the District Court for the Southern District of New York’. Published by D. S. Stone in Burr’s New Universal Atlas.