1926 Matthews Northrup Map of the Southern Railway System - Southeastern US 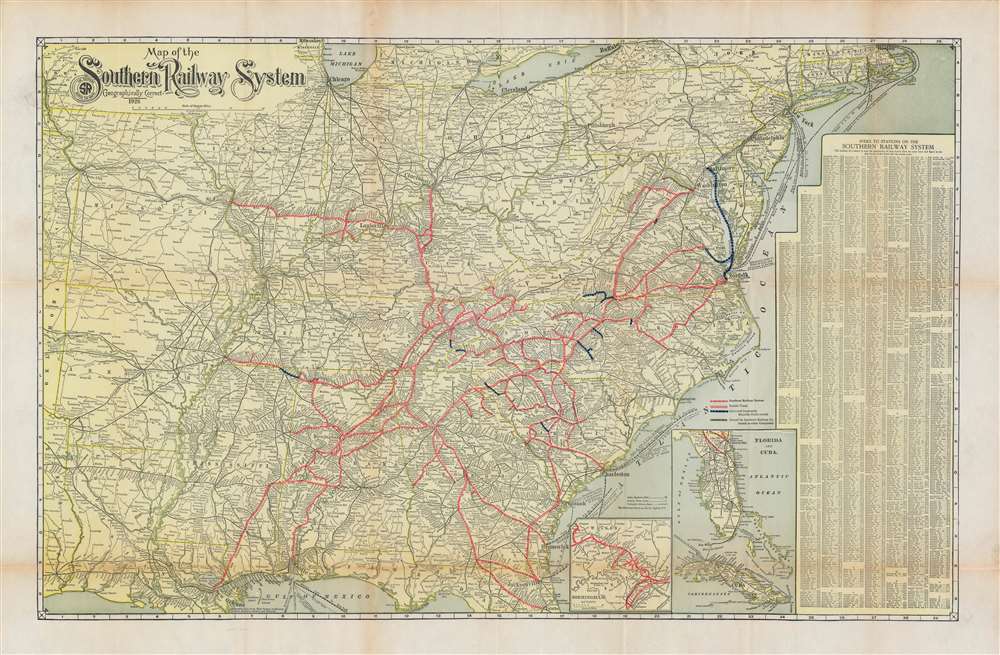 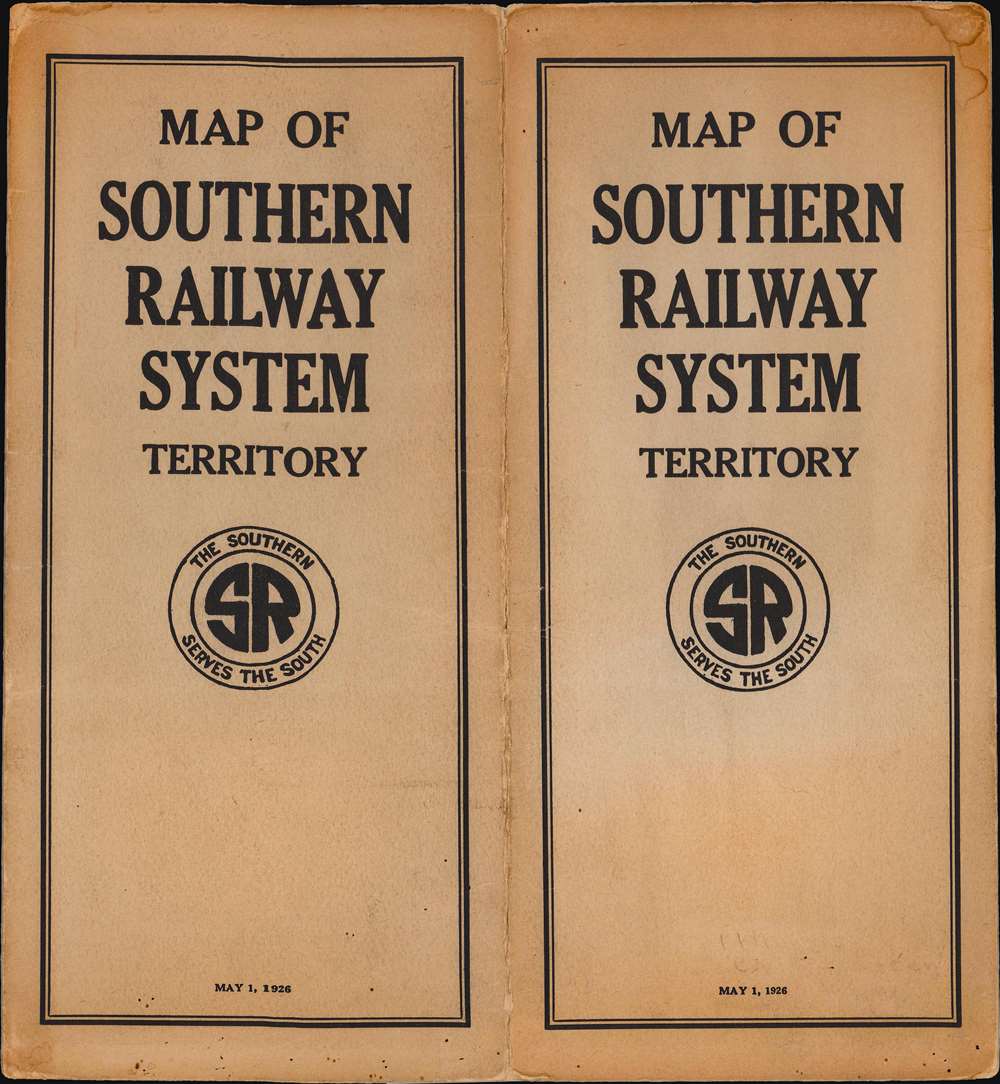 1926 Matthews Northrup Map of the Southern Railway System - Southeastern US

A scarce 1926 Matthews Northrup map of the southeastern and southcentral United States detailing the routes of the Southern Railway System. The map covers from the Sabine River and Oklahoma borderlands eastward to the Atlantic Seaboard and from the Great Lakes to the Gulf of Mexico. Coverage is extended to include Florida via an inset. Rail lines either owned outright, in part, or leased by the Southern Railway are highlighted and color-coded. The map also notes steamship routes that provide vital maritime connections to various domestic and foreign ports.

The Southern Railroad was a class 1 railroad based in the southeastern United States between 1894 and 1982. The railroad can trace its origins to the South Carolina Canal and Rail Road Company, one of the first railroad operators in the United States, chartered in 1827. The railroad network in the southern United States was devastated by the American Civil War (1862 - 1865), but quickly rebuilt after the war - relying heavily on the 'chain gang' system of convict labor to repair and expand the network. The Southern Railway formally came into existence in 1894, with the merger of the 'Memphis and Charleston Railroad', the 'Richmond and Danville System', and the 'East Tennessee, Virginia and Georgia Railroad'. The network continued to expand, building, buying, and leasing other lines through the mid-20 century. Starting in 1939, the Southern Railway went under dieselization, and by 1953, was the first major railroad in the United States to be fully converted from steam to diesel. In 1982, the Southern was acquired by the 'Norfolk and Western' to form 'Norfolk Southern'.

Variants of this map appear as early as 1922. Each edition is a distinct separate map, often by different publishers, suggesting that the Southern had an uneasy relationship with its printers. The present issue was prepared in 1926 by the Matthew Northrup firm of Buffalo, New York. Scarce to the market in this edition.

Very good. Accompanied by original binder.
Looking for a high-resolution scan of this?