1855 Colton Map of Antarctica, the South Pole, or the Southern Polar Regions 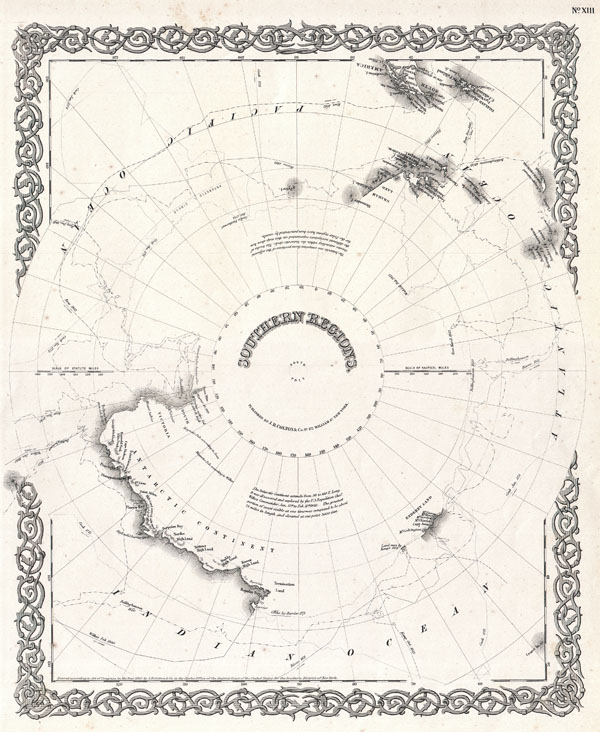 1855 Colton Map of Antarctica, the South Pole, or the Southern Polar Regions

An excellent example of Colton's c. 1855 map of the South Pole, Antarctica, or the Southern Polar Regions. Sows the Great Southern Continent with both solid and tentatively sketched in borders. Notes the travels of important Antarctic explorers of the previous 20 years or so, including Wilkes (1840), Bellinghausen (1820), Ross (1840 - 1843), KIempt (1833), Cook (1773 - 1774 ) and Biscoe (1831). Generally gives an excellent overview of the state Antarctic exploration and discovery around 1855. Prepared by J. H. Colton as map no XIII in the 1855 or 1856 edition of Colton's Atlas of The World. Published from Colton's 172 William Str. Office in New York.

Colton's Atlas Of The World, Illustrating Physical And Political Geography. By George W. Colton. (1855 or 1856 edition).