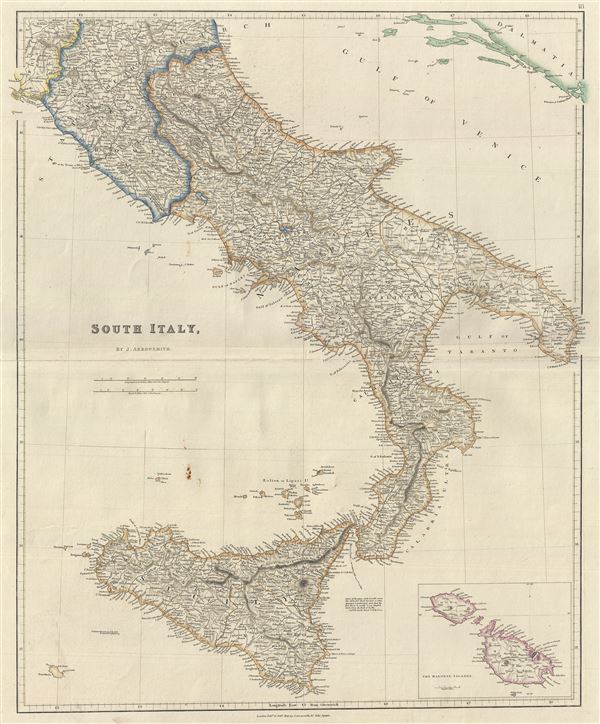 This is a scarce example of J. Arrowsmith's 1842 map of southern Italy. It covers the Kingdom if Naples (a common reference for the 'Kingdom of the Two Sicilies'), which extended from the Papal States south to include all of Sicily. The Maltese Islands are featured in an inset in the lower right quadrant.

The map notes numerous cities, towns, rivers, roads and topography with relief shown by hachures. The map was published by J. Arrowsmith in 1842.

Very good. Some wear and verso repair along original centerfold and along left margin. Blank on verso. Minor foxing at a couple of places.