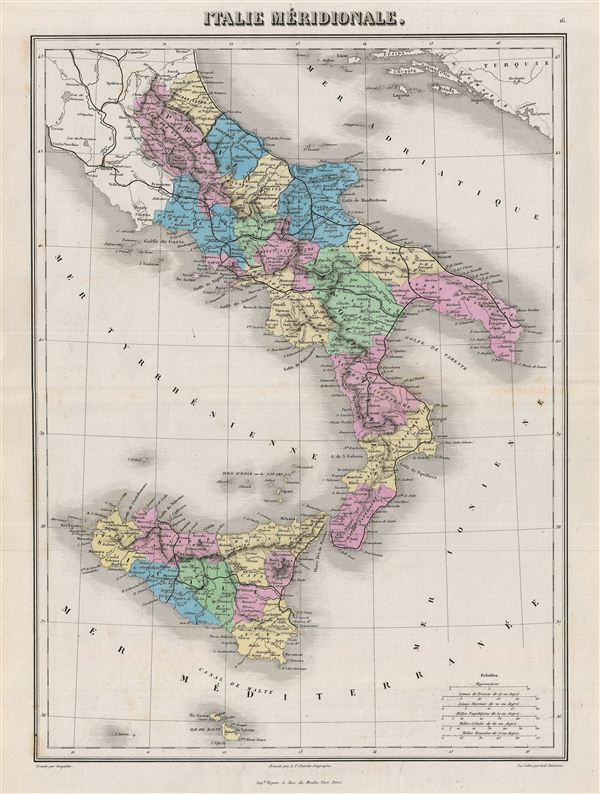 This is a fine example of Migeon's 1876 map of southern Italy. The map covers the Kingdom of Naples (The Kingdom of the Two Sicilies), which extended from the Papal States south to include much of the southern Peninsula as well as Sicily. Divided and color coded according to province, shows cities, railways, steamer lines, forts, fortified towns and railroads as well as geological features such as lakes and rivers. This map is issued as plate no. 16.

Very good. Original centerfold exhibits wear. Balnk on verso.
Looking for a high-resolution scan of this?