1844 Black Map of Spain and Portugal 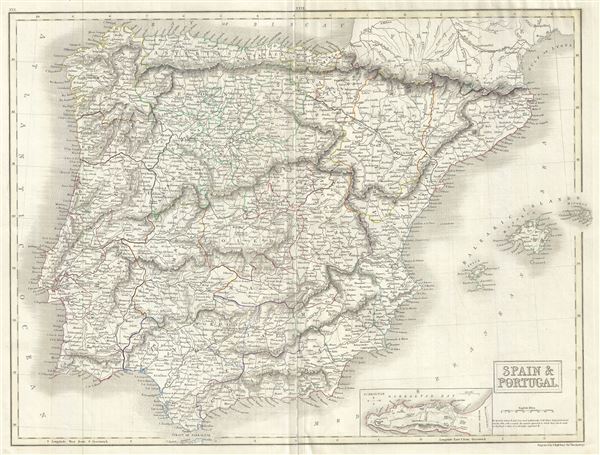 1844 Black Map of Spain and Portugal

This is a lovely example of Adam and Charles Black's 1844 map of Spain and Portugal. It covers all of Spain and Portugal from the Pyrenees to the Strait of Gibraltar and includes the Balearic Islands of Ibiza, Majorca, and Minorca. The lower right quadrant features an inset map of Gibraltar. Throughout, the map identifies various cities, towns, rivers, lakes, roadways and an assortment of additional topographical details.