1828 Finley Map of Spain and Portugal 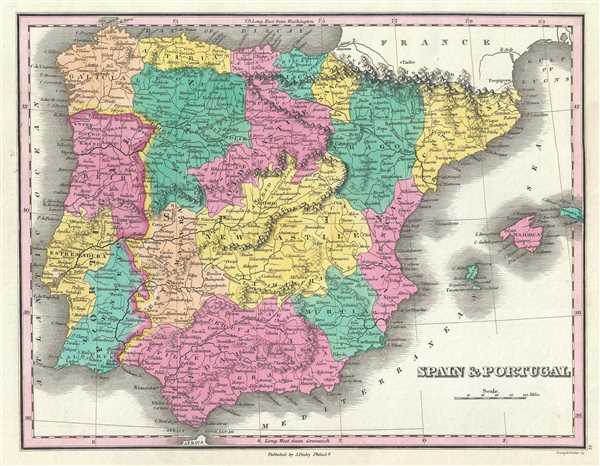 1828 Finley Map of Spain and Portugal

This is an 1828 Anthony Finley map of Spain and Portugal. The map depicts the Iberian Peninsula from the Atlantic Ocean to the Balearic Islands and from the Bay of Biscay to the Strait of Gibraltar in Finley's classic minimalist style. Numerous cities and towns are labeled, including Madrid, Barcelona, Lisbon, and Murcia. Rivers, roads, and mountain ranges are illustrated. Each of the regions in Spain and Portugal are labeled and color coding allows for easy differentiation.

The map was engraved by Young and Delleker for the 1828 edition of Anthony Finley's General Atlas.