1850 Mitchell Map of Spain and Portugal 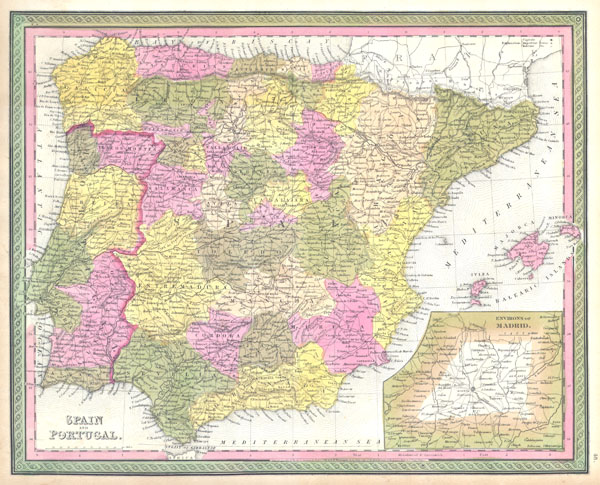 1850 Mitchell Map of Spain and Portugal

This hand colored map is a copper plate engraving, dating to 1850, by the legendary American mapmaker S. A. Mitchell, the elder. It represents Spain and Portugal. Includes the Balearic Islands of Ibiza, Majorca, and Minorca. Lower right quadrant features inset map of environs of Madrid. Prepared by H.N. Burroughs for the 1850 edition of Mitchell's New General Atlas. Dated and copyrighted: 'Entered according to Act of Congress in the year 1846 by H.N. Burroughs, in the Clerk's office of the District Court of the Eastern District of Pennsylvania.'