1791 Wilkinson Map of Spain and Portugal 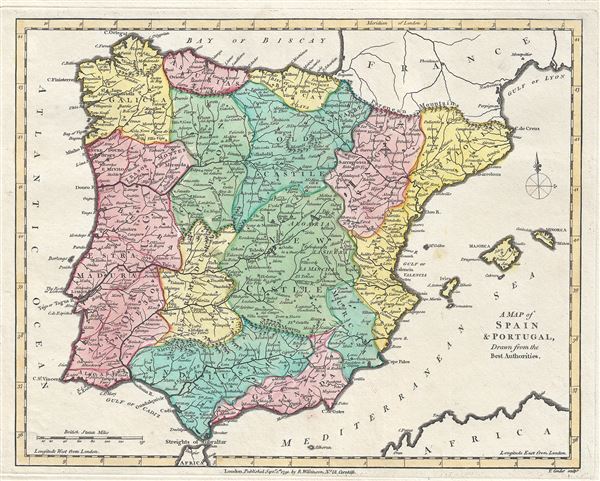 1791 Wilkinson Map of Spain and Portugal

This is a fine 1791 map of Spain and Portugal by Robert Wilkinson. It shows the provinces as they appeared at this time, including the islands of Majorca, Minorca, and Ibiza (Ivica). The most prominent provinces are New and Old Castile, at the center of the map. A former kingdom, the areas eventually merged with their neighbors and today comprise the autonomous region of Castile y Leon in the northwest, and Castilla-La Mancha and Madrid, in the center and south of the country. Many of the provinces appear in their modern configuration. This map was engraved by Thomas Conder and issued as plate no. 29 in the 1792 edition of Robert Wilkinson's General Atlas.