1794 Wilkinson Map of Spain and Portugal 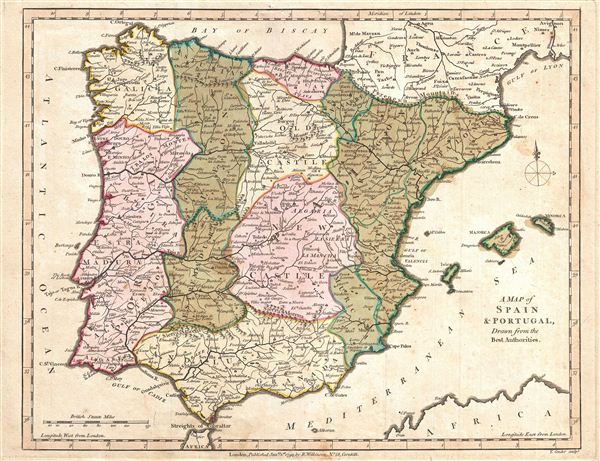 1794 Wilkinson Map of Spain and Portugal

A finely detailed first edition 1794 map of Spain and Portugal, by Robert Wilkinson.