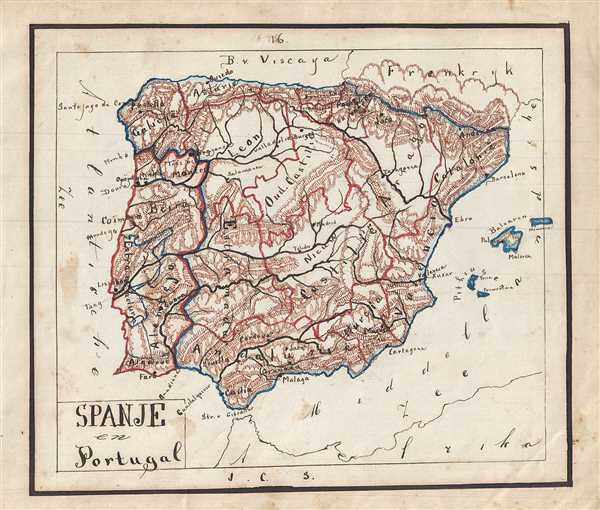 This is a whimsical 1871 manuscript map of Spain and Portugal drawn by J. C. Sikkel. Paying particular attention to the topography of the region, the map covers the Iberian peninsula in its entirety including the Balearic islands of Ibiza, Majorca and Minorca. Important towns, cities, rivers, and provinces, are noted throughout.

Features wonderful overall presentation. This map was drawn in 1871 by J.C. Sikkel as part of Der Atlas Geheele Aarde.

Very good. Some spotting at place.
Looking for a high-resolution scan of this?