1783 Bocage Map of the Topography of Sparta, Ancient Greece, and Environs 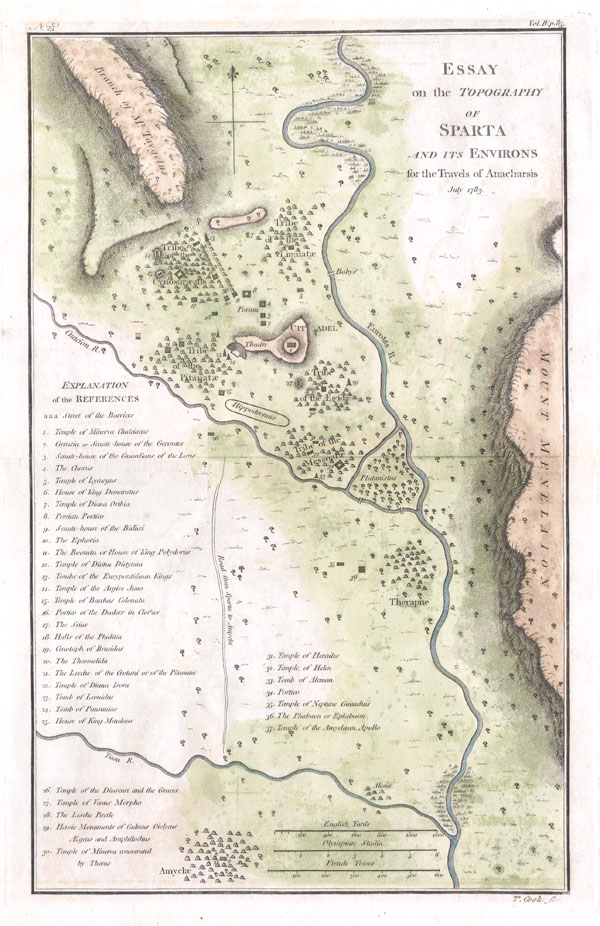 1783 Bocage Map of the Topography of Sparta, Ancient Greece, and Environs

This lovely little map of Sparta, in the west of Ancient Greece, was prepared by M. Barbie de Bocage in 1785 for the 'Travels of Anarcharsis.' Follows the earlier D' Anville map. Unlike its rival city Athens, Sparta left very little in terms of archeological ruins so we can only assume that much of this map is conjecture. Nonetheless, it is surprisingly detailed and does indicate important landmarks, including the Theater, the Hippodrome, and the Citadel. Also indicates the relative position of the five Tribes' camps. Measures 8 x 13 inches. M. Barbie de Bocage was a French cartographer and cosmographer in the school of D'Anville. He later became a founder of the Geography Society of Paris.