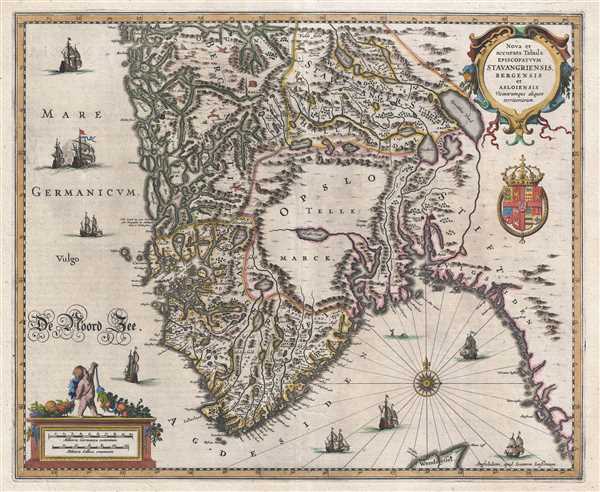 This is a 1638 Jan Jansson or Johannes Jansonnius map of Norway. The map depicts Norway from the North Sea to Sweden and from the region around Bergen to the North Sea. Both Bergen and Oslo are labeled and marked using small symbols resembling cities. The intricately entwined waterways of the Norwegian coast are illustrated, along with numerous rivers. Mountain ranges and forests are presented in profile. Several different animals are included near the top of the map, including stags, foxes, wolves, and a bear. Several sailing ships are depicted in the ocean, along with a sea monster. A title cartouche is situated in the upper right corner, along with what appears to be a royal crest. An allegorical cartouche, in the lower left corner, bears the scale.

This map was produced by Jan Jansson in 1638.