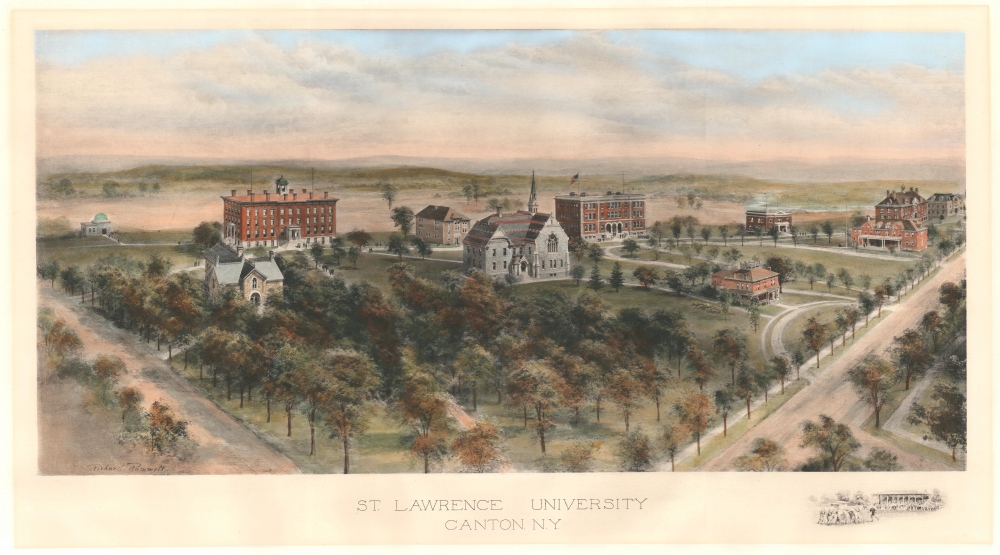 This is a c. 1913 Richard Rummell view of St. Lawrence University in Canton, New York. The view illustrates St. Lawrence from a fictional highpoint above the intersection of Park Street and University Avenue. A beautiful grove of trees occupies the immediate foreground and Herring-Cole Hall, one of the oldest buildings on campus, appears to the left. The oldest building on campus, Richardson Hall, is to the right of and behind Herring-Cole Hall, and students can be seen walking along the pathway leading from Richardson Hall. Piskar Hall and Payson Hall appear near the right border, and Carnegie Hall is the building to the left of these two buildings and behind them. Both Richardson Hall and Herring-Cole Hall are on the National Register of Historic Places, as is the Old Campus Historic District, which includes many of the buildings illustrated here. Some of the buildings seen here no longer stand.

Very good. Even overall toning. Exhibits some mat burn in outer margins that could be covered by a frame.