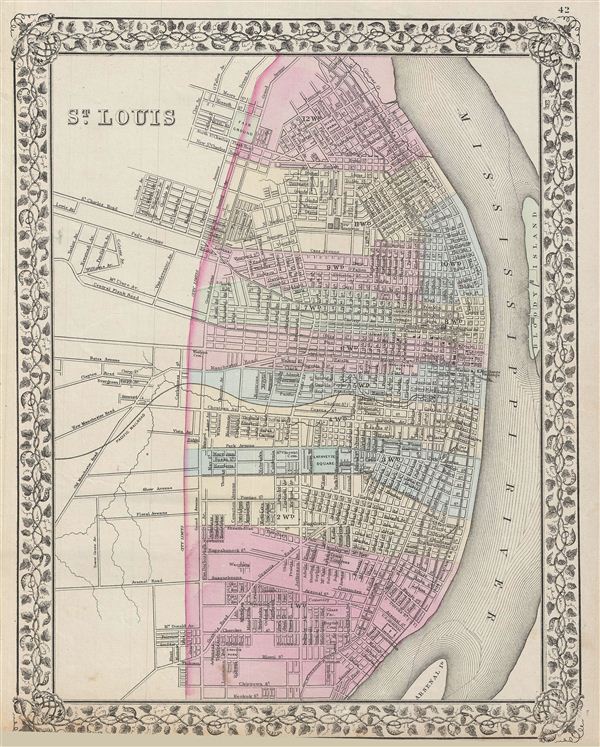 A beautiful example of the legendary American map publisher Samuel Augustus Mitchell Jr.'s 1872 map or plan of the city of St. Louis, Missouri. The map covers the city from Taylor Avenue outside city limits to the Mississippi River and from Augusta to Keokuk Street. In addition to all major streets, this map identifies the U.S. Arsenal, Lafayette Square, the new reservoir, the Fair Ground, and Bloody Island, as well as Arsenal Island across the Mississippi. The map offers extraordinary detail at level of individual streets and buildings. Map is color coded according to city wards. Features the vine motif border typical of Mitchell maps from the 1866 - 1882 period. Prepared by S.A. Mitchell for inclusion as plate nos. 42 in the 1872 issue of Mitchell's New General Atlas. Dated and copyrighted, 'entered according to Act of Congress in the Year 1872 by S. Augustus Mitchell in the Office of the Librarian of Congress at Washington