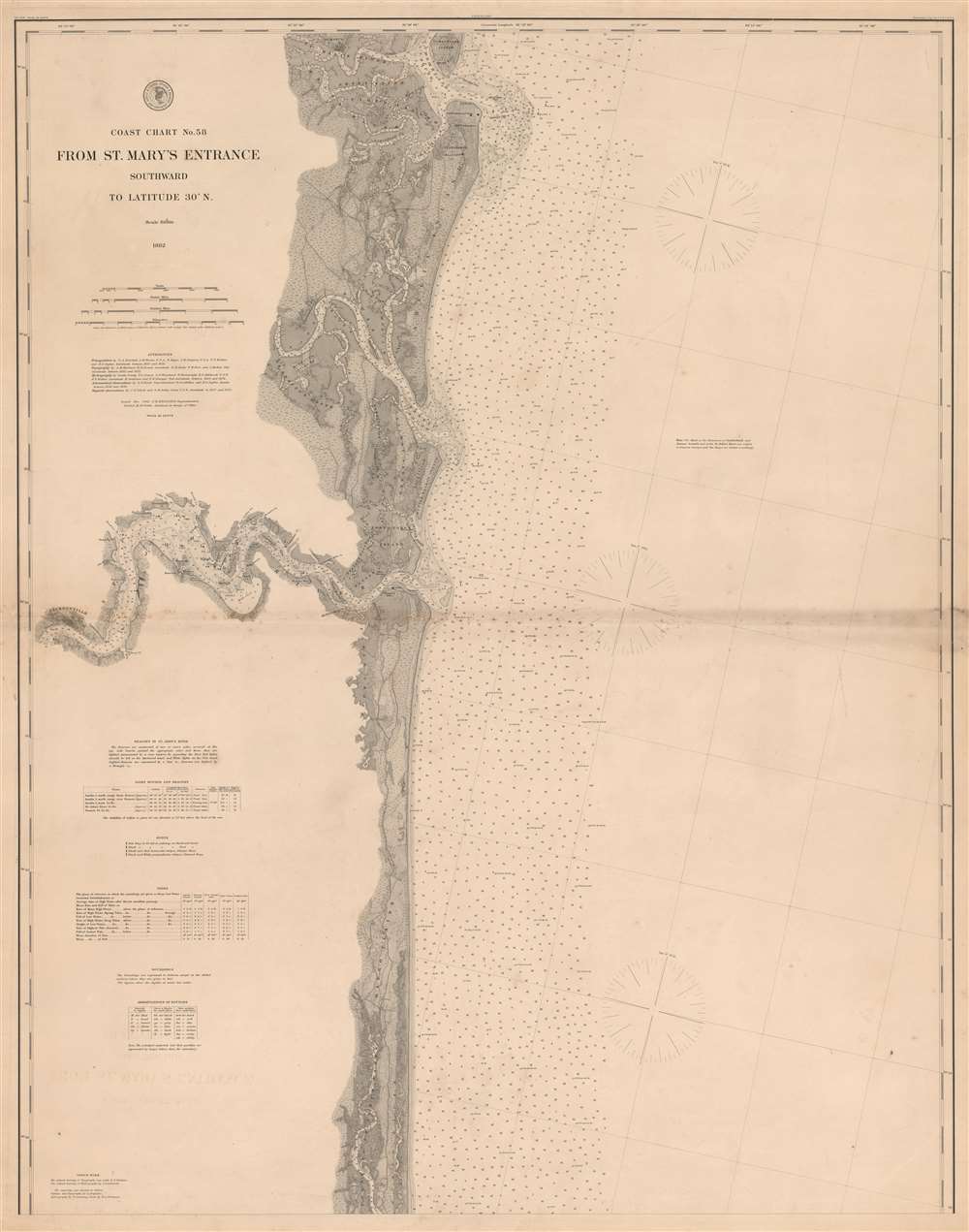 Depicts Amelia Island and the St. John's River in detail.

An incredibly detailed piece, this is an 1882 U.S. Coast and Geodetic Survey nautical chart or maritime map of Amelia Island and St. John's River, Florida. The map depicts the region from Jacksonville to the Atlantic Ocean and from St. Mary's River to 30 degrees north latitude. Myriad depth soundings are indicated throughout, including upstream along most of the region's rivers and creeks. The cities of St. Mary's, Florida, and Jacksonville, Florida are both labeled. Numerous coastal islands are identified, including Amelia Island, Tiger Island, Cumberland Island, and Talbot Island. Islands, points, and creeks are all labeled along the course of the St. John's River from Jacksonville to the river's mouth. Information concerning beacons in the St. John's River, other coastal lighthouses, beacons, and buoys, tides, soundings, and abbreviations used on the chart is all situated along the left border.

This chart was issued in 1882 by the U.S. Coast and Geodetic Survey under the direction of J.E. Hilgard, the Superintendent of the Survey.