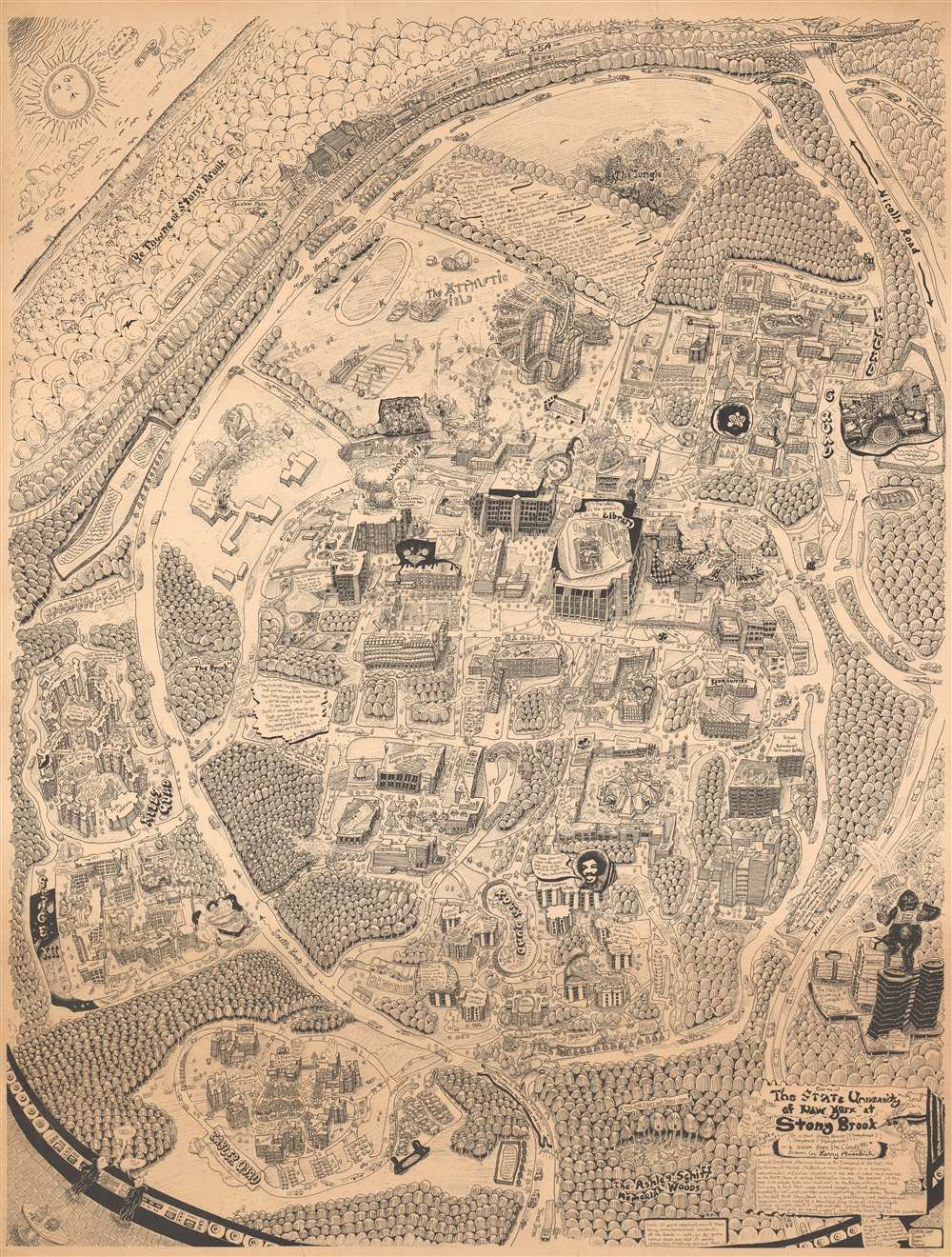 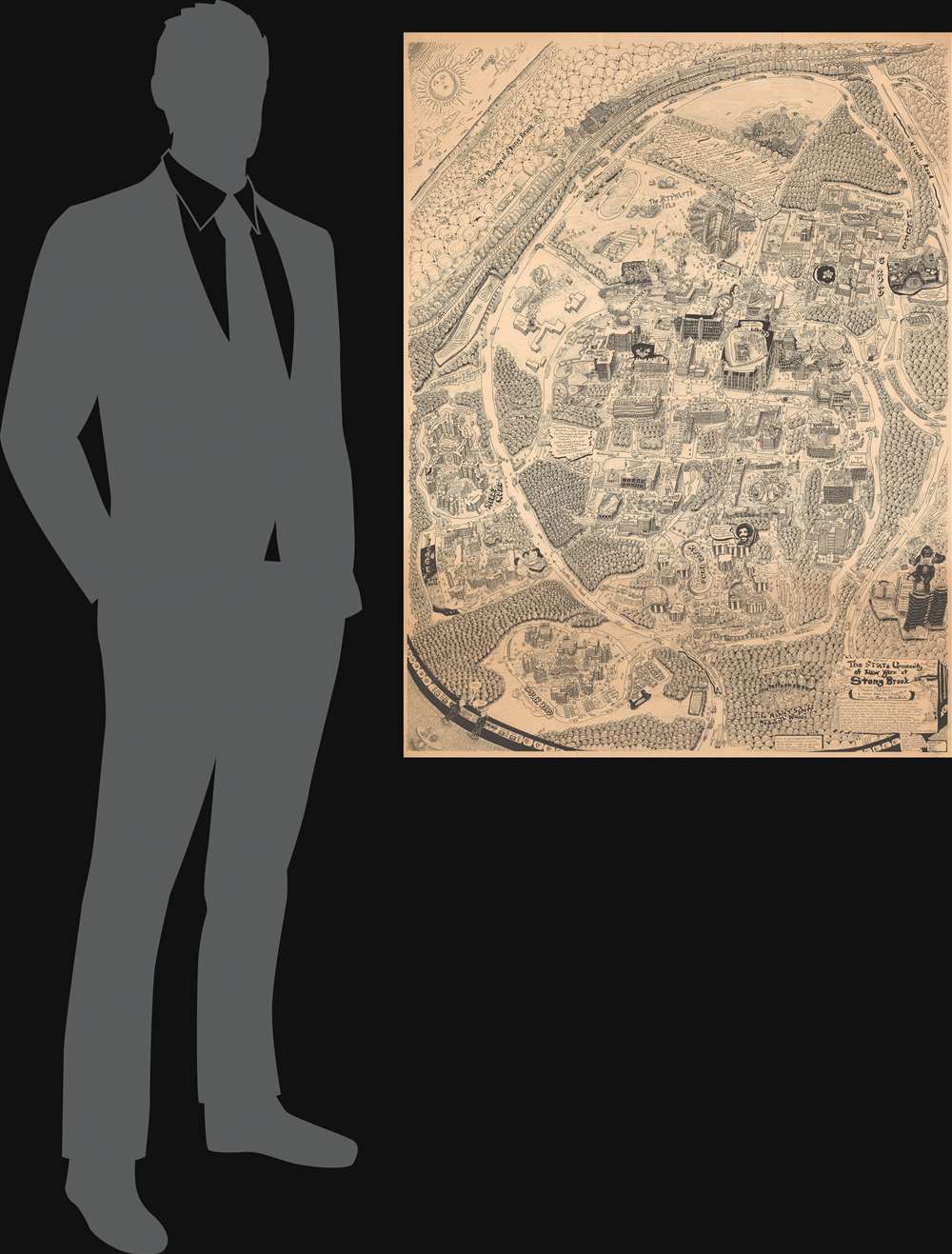 A large 1978 Larry Auerbach pictorial map of Stony Brook University, Long Island, New York. The map was drawn between July 1977 and October 1977. It was intended as a gift to incoming students, who, by coloring in the map, would both orient themselves and become familiarized with Stony Brook history and folklore. The view is curiously drawn as if from the perspective of an alien spacecraft looking down on the campus. Auerbach notes,

If you're skeptical about there being extraterrestrial students at the Brook - well, ya do gotta admit there are a lot of spacey characters floating around here…

There is much of interest throughout, although much of the content represents inside jokes that only a Stony Brook student would understand.

The map was drawn in 1977 and printed in 1978 by Auberbah. We note only one other example - in the archives of Stony Brook itself.

Good. Even overall toning. Area of loss in the lower right corner, partially reinstated.
Looking for a high-resolution scan of this?