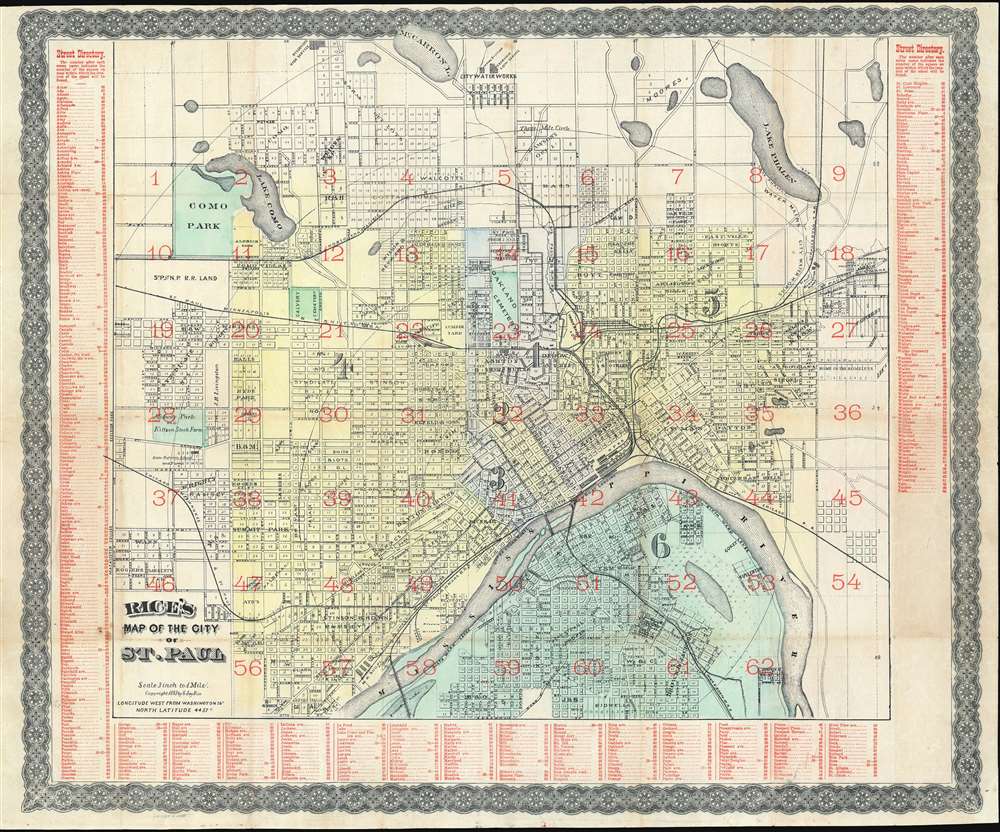 Rare separate issue map of the capital of Minnesota.

An uncommon 1883 map of Saint Paul, Minnesota by G. Jay Rice. The map covers all of Saint Paul on both sides of the Mississippi River, as it appeared at the time of publishing. The map has here been lithographed in two passes, one for the black ink, one for the red overprinting. All other color is hand applied.

This map was published in St. Paul by Jay's 'Saint Paul Lithographic Company.' Variants of the map are known as early as 1874 and as late as 1884. Modified versions were also published in various guidebooks and directories. While there are institutional holdings for other editions, the 1883 edition appears particularly rare with examples known only at Yale and the Minnesota Historical Society.