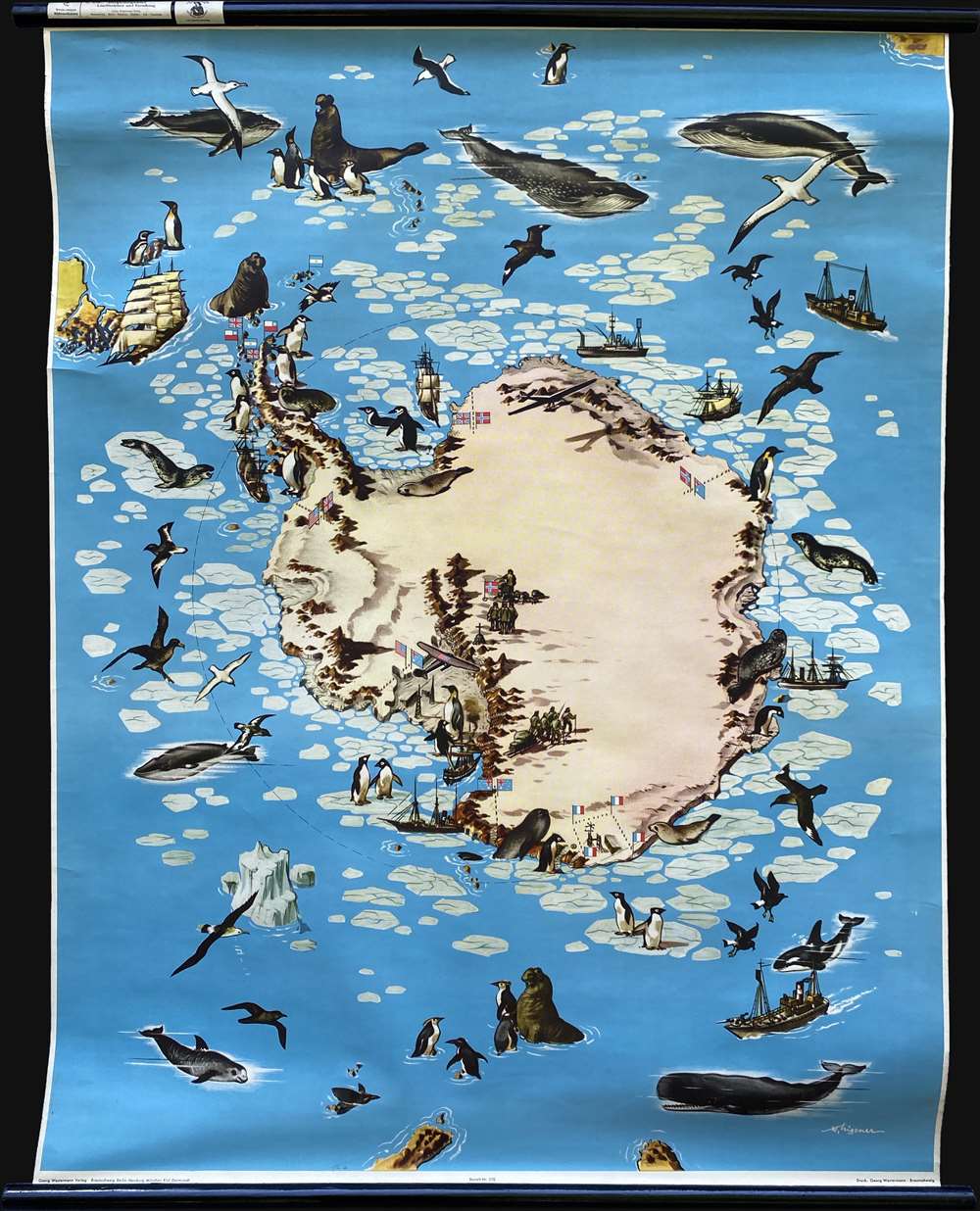 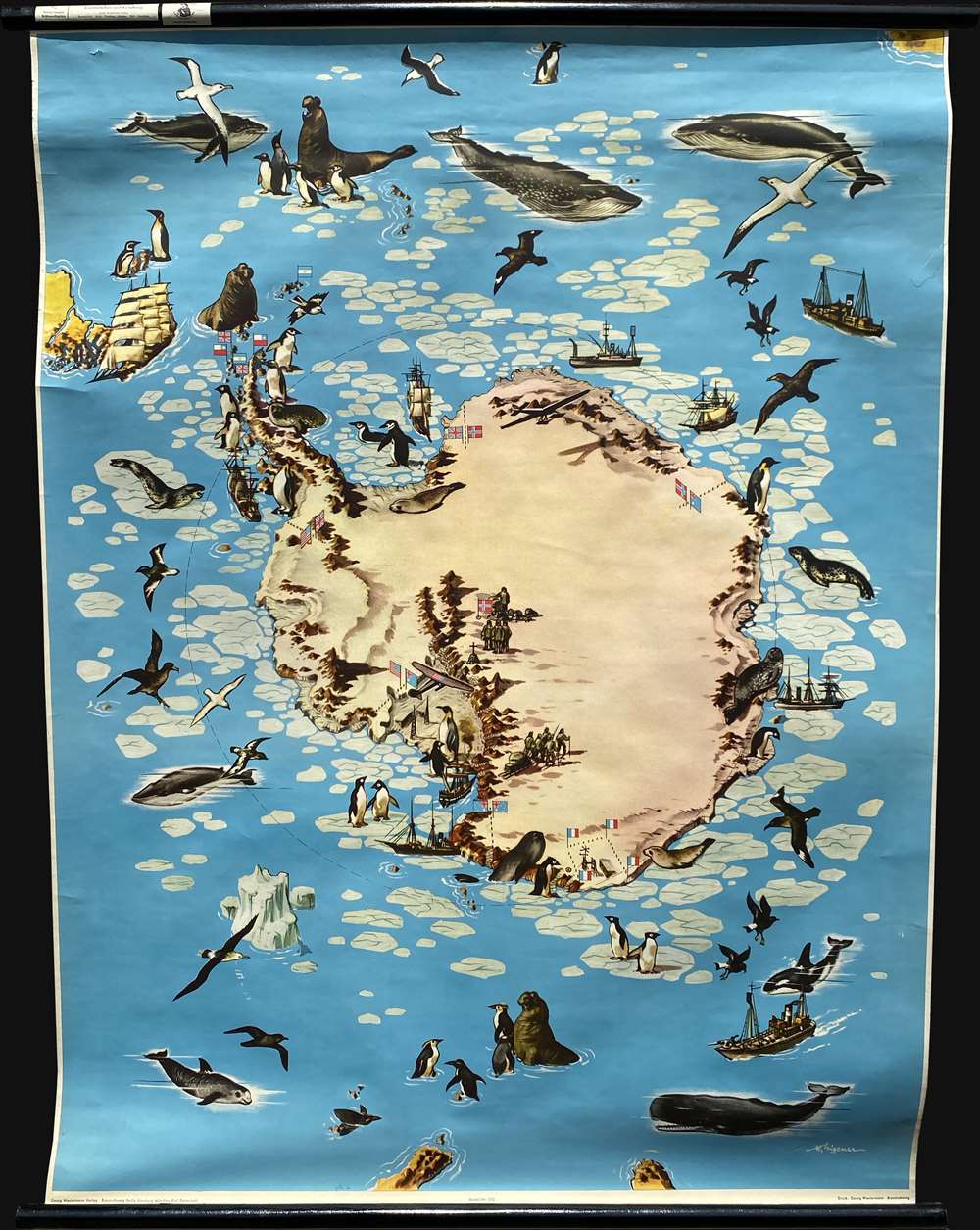 This is a c. 1957 Westermann Verlag pictorial wall map of Antarctica. Many species of penguins, whales, and seals populate the continent, and icebergs drift out to sea. Seabirds, including albatross and skuas, soar in the skies over the Antarctic ocean. Sailing ships spanning centuries of exploration ply the surrounding waters, including a vessel resembling those used by Sir Francis Drake or Jacob Le Maire rounding Cape Horn. International flags stake claims and chronicle Antarctic exploration, heralding the successes of Norway's Roald Amundsen, Britain's Robert Falcon Scott, and the U.S.'s Richard Byrd. French flags surround the French Dumont d'Urville Station, a scientific station in southeastern Antarctica. Established on January 12, 1956, the station remains in active use today and can accommodate 120 people during the summer and thirty over the winter months.

This map was published by Westermann Verlag c. 1957. This map is not cataloged in OCLC, and we have not seen this map appear on the market.

Westermann Verlag (Westermann Publishing) (1838 - Present) is a German publishing firm founded by Georg Westermann (February 23, 1810 - September 7, 1879) in Braunschweig. After Georg died, several generations of Westermann operated the business until the 'Westermann Druck-und Verlagsgruppe was acquired by the Medien-Union in 1986. They still published the Carl Diercke Schul-Atlas for use in schools and also have products that use or are related to Google Earth, globes, and 3-D technology


Georg (George) Westermann (February 23, 1810 - September 7, 1879) was a German publisher and the founder of Westermann Verlag, based in Braunschweig, which still exists to this day and publishes as part of the Westermann Group. Born in Leipzig, Westermann attended the Humanistic Gymnasium Albertina in Freiberg before moving to Brunswick to work as an apprentice to a book publisher and seller in 1827. He founded his own publishing bookstore in Braunschweig in 1838 and married Blanca Vieweg on November 29th of that year. Westermann expanded his operation in 1845 by acquiring his own printing works, which he later supplemented with a lithographic machine, steam-powered letterpresses, and a bookbindery. After Westermann died in 1879, his son Friedrich took over the business.