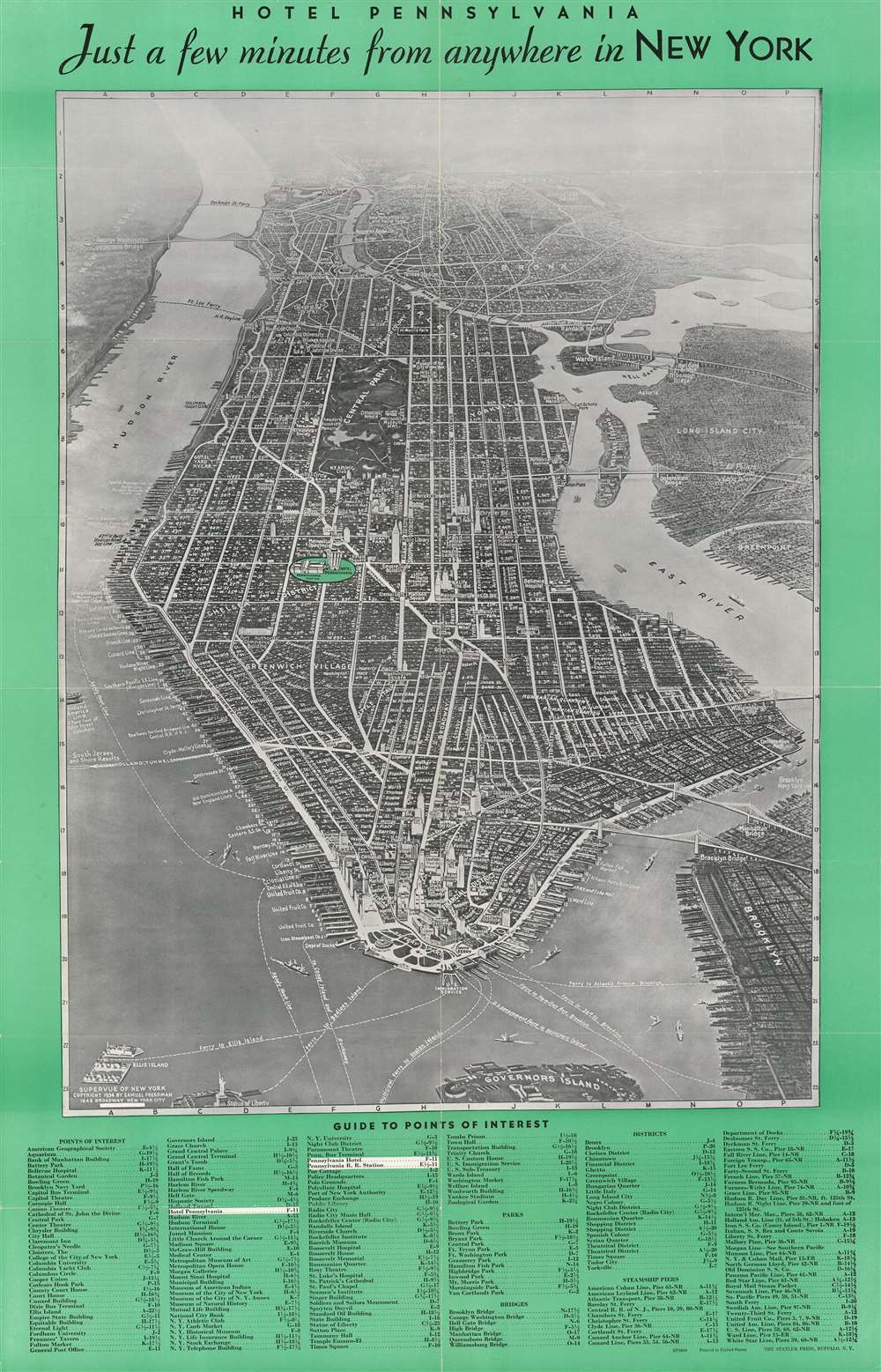 Identifies numerous locations around Manhattan - including Central Park and the Empire State Building!
$450.00

This is a stunning 1934 Samuel Freeman bird's eye view of New York City. The view covers all of Manhattan Island and extends from Liberty Island and the northern end of Governor's Island to the Harlem River, along with parts of New Jersey, the Bronx, Queens and Brooklyn. The map notes streets, piers, parks, squares, ferry lines, neighborhoods, and other topographical features. Major buildings and monuments such as the Statue of Liberty, the Empire State Building, Grand Central Station, City Hall, Rockefeller Center, and Central Park are rendered in profile along with several others. Bridges are also beautifully rendered and labeled, with ships sailing in the harbor. Published as an advertisement for Hotel Pennsylvania, the hotel and Pennsylvania Station (which are conveniently located on opposite sides of Seventh Avenue) are highlighted by a green oval.

This particular map was copyrighted by Samuel Freedman in 1934 and issued by Pennsylvania Hotel.

Samuel Freedman (September 15, 1880 - 19xx) was a Russian-American printer and publisher active in New York City during the first half of the 20th century. Born in Bolnik, Russia, Freedman immigrated to the United States in 1887. Freedman owned his own printing shop by 1925 and continued to operate it through at least 1940. He was married to Anna Freedman, with whom he had at least three children, two daughters, and one son. We have been unable to locate any death records for Samuel Freedman.

Very good. Even overall toning. Light wear along original fold lines.
Looking for a high-resolution scan of this?