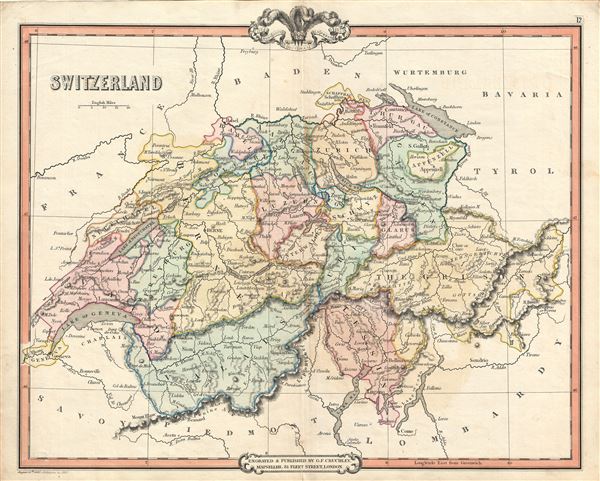 A lovely example of the 1850 George Frederick Cruchley map of Switzerland. It covers the entirety of Switzerland divided into its constituent Cantons from Vaud to the Grisons. After the ratification of a federal constitution in 1848, Switzerland underwent a rapid social and economic development. The cantonal currencies were replaced by a single currency (the Swiss Franc) and many of the cantons subsequently established representative governments and instituted freedom of the press and trade.